Yesterday, I tuned-in as the Globe hosted a Live Chat between the World Wildlife Fund's Gerald Butts and former TransCanada CEO Hal Kvisle on Radicals, foreign money, and Northern Gateway. During the chat, Mr. Kvisle made what I found to be a puzzling comment:

"The assertion that KXL does not benefit Canadians is just wrong. When we develop and produce a barrel of Oil sands oil we spend about $80 per bbl to do that, and almost all that money gets spent in the Canadian economy."

His assertion, at least as I interpreted it, was that the benefits of oil sands were tied to the production costs -- higher cost of production implies more benefit. That did not make sense coming from someone who had a distinguished career in the pipeline industry, which adds value because it can move oil to market at the lowest cost (unlike an oil bucket brigade), thereby increasing rents to the resource owner and netbacks/profits to the producer. I sought to clarify his comments:

"Mr. Kvisle, I find it astounding that you would equate higher oil production costs with higher benefits to Canadians. The higher are the costs of production, the lower is the value (of the resource). If we had vast oil sands resources which could only be produced at $200/bbl, they would not be of much value to the Canadian economy." (my typos fixed from Live Chat)

I thought that surely he would come back to explain that he was talking only in terms of GDP within the oil sector and that, yes, in terms of broad economic benefit, the lower the production cost, the better. I was wrong. He responded as follows:

"We should have a discussion about the GDP impact of high cost oil production vs. low cost production. Alberta has a thriving economy because it takes a lot of work and employs a lot of people to get a barrel of our reserves to market. Compare that with Norway, where the production is much easier and few people are employed. As long as the production is economic, high cost oil will create greater GDP benefits (for the producing region) than low cost oil."

I find three things wrong with this.

First, Mr. Kvisle's statement misinterprets GDP, which should be used as a measure of activity, not wellbeing. Second, it ignores the fact that money not spent on extracting low cost oil still enters the economy, in the form of higher royalties, higher netbacks to producers, which are in turn paid out as higher dividends to shareholders, and higher tax revenues which are eventually spent. Finally, it omits the fact that having a lower cost oil reserve base also means the economy is less exposed to world oil price shocks, since high cost producers are the first to shut-in production in a downturn.

We tend to take the view that more GDP is better - it's the economy, stupid. When you're talking about GDP from resource extraction, however, you have to consider two sides of the coin: GDP induced from extraction and GDP from spending the rents. You'd also be well-served to look not just at how much you are spending, but what you get for the money you spend.

Here's a simple example to illustrate this. Assume the price of a barrel of synthetic crude oil is $100, and that changes in Alberta production costs, at least on a small scale, don't affect this price. Now, suppose it costs you $80 to produce that barrel (I'll assume before taxes), as in Mr. Kvisle's example. You then have $80 of economic activity devoted to extraction, and $20 of rent which will be divided between royalties to the Crown (35.38 per cent for a post-payout oil sands plant in Alberta at $100 oil), taxes on residual profits, and profits to the producer. Each of those payment streams (profits, taxes, and royalties) generate economic activity once they are spent -- but the economic activity they generate is in the form of cottages, hospitals, and our education system.

Now, let's run the same example but assume that innovations and proper management of the economic boom cycle in Alberta allows you to get that same barrel out of the ground for $20. That leaves $80 per barrel in rent to be divided amongst the resource owners (the Crown), provincial and federal governments, and shareholders. So yes, it would mean less oil sector GDP, but more economic activity in other sectors.

You could certainly make the argument that most of the extraction costs associated with oil production are spent in Canada, so that money all stays in the economy while profits earned by producers may be spent elsewhere. That's a fair point, but not one which is best addressed through increased extraction costs. If you're worried that the current royalty regime allows for too large a share of the rent to leave the country, address that through changes to either the royalty regime or to foreign investment rules for resource industries, not through flimsy economic analysis which equates higher costs of oil extraction with increased benefits for Canadians.

Andrew Leach's recent posts and Twitterfeed can be viewed here.

Higher gasoline prices are good for Canada. Really
May 12, 2011
Forget productivity, our incomes are rising
August 3, 2011 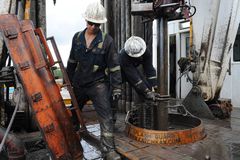 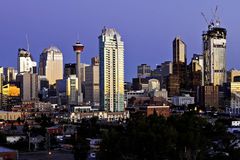