Usually, the federal budget is the big economic event of the year.

Finance Minister Jim Flaherty levies $257-billion in taxes and spends $246-billion on programs (notwithstanding his occasional denunciations of "tax and spend" policies), so even modest changes can have significant implications for economic performance, for provincial government finances, and for the well-being of individual citizens.

But, this year, the hundreds of reporters and economic commentators admitted to the pre-budget lock-up in February or March would be well-advised to arrive late, with low expectations.

Mr. Flaherty has made his overriding commitment to balancing the budget by 2015 crystal clear.

Yet projections in the November Economic and Fiscal Update and those provided by the Parliamentary Budget Office (PBO) suggest that this is no slam dunk.

The PBO forecasts a deficit of $3.5-billion in 2014-15 with a shift to a small surplus of $4.6-billion in 2015-16. The PBO estimates that there is a 65-per-cent chance of reaching balance. And that assumes success in freezing government operating costs, no further reductions in EI premiums (which will require facing down the small-business lobby), successful asset sales and no nasty surprises like last year's Alberta floods.

The key point is that, given weak forecast economic growth of just 2.4 per cent in 2014, there is very little room for the federal government to undertake new spending initiatives or to announce tax cuts. Instead, fiscal austerity – including lower pay and benefits for public servants, and continued large-scale "lapsing" of approved program spending on infrastructure and other areas – will likely continue to be the order of the day.

Many eminently mainstream economists and not just Keynesian big spenders would question the urgency of balancing the budget so quickly through deep cuts to needed federal programs, especially since the federal debt is more than manageable and will start to fall as a share of gross domestic product next year. Some argue the case for selective investments in public infrastructure, in skills, and in support for innovation and industrial renewal.

But the motivation to eliminate the deficit so quickly is more political than economic. The purpose is to ensure that there is enough of a surplus in early 2015 to fund a pre-election budget focused on a new round of expensive tax cuts.

The Conservatives have told us that their priority after the budget is balanced is to introduce income splitting for families with children. This would allow one parent to shift up to $50,000 to a partner for personal income tax purposes and would, according to the C.D Howe Institute, cost $2.7-billion a year in lost federal revenues.

Family income splitting is a very costly measure that would do nothing for economic efficiency and would, if anything, create a disincentive for some persons to work. And it would promote even greater income inequality.

There would be no benefit at all to the one in four children who live in single parent families, nor to families with two earners in the lowest tax bracket that has a ceiling of $43,561. Significant gains would go mainly to one earner, high-income families.

Not to put too fine a point on it, the 2014 budget will be a non-event. It will do little or nothing to advance our social or economic goals since the overriding objective will be to lay the ground for a highly political tax cut just before the 2015 election. 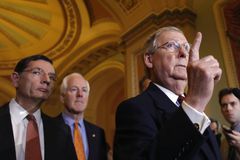 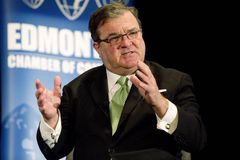