Here's an economic indicator you may not have thought about: population growth. All things being equal, population and economic growth move in tandem. That tells you why no one should be particularly surprised to find that in 2012, Spain's population dipped for the first time since the 1940s.

Population rises and falls with economic fortunes for good reasons. When the economy is weak, people tend to put off having children, while in good times larger families flourish – hence the reason that family size declined in most of the developed world during the 1930s, and shot up during the buoyant economic boom of the 1950s. As well, there is some evidence that health deteriorates when an economy weakens, and death rates rise. The most direct way that the business cycle affects population, however, is through migration – basically the people in and out of an area. If an economy is thriving (think Alberta during any oil boom), people flood in. When times are tough (Alberta when oil prices plunge), people head elsewhere to look for work.

Spain these days is very clearly a "bust" rather than a "boom" economy. The economy has been in recession, more or less, for something like five years. The official unemployment rate was 26 per cent during the final quarter of 2012, and the youth unemployment rate was more like 55 per cent. To cap off the misery, the inflation rate is a relatively high 2.3 per cent. The standard of living in the country, accordingly, has been falling quickly. So it is not surprising that those who can are streaming out of the country in search of better prospects.

And the numbers are pretty clear. According to the Spanish National Statistics Institute, population last year fell for the first time since the 1940s, declining 206,000 to 47.1 million. The number was entirely accounted for by a fall in the number of registered foreign residents. It is a turnaround from the situation in the first decade of the century when an almost forgotten housing boom caused the immigrant population in Spain to rise fivefold to 5.7 million from 924,000. The numbers also suggest that Spaniards are starting to head out of the country to look for work, a trend that seems destined to intensify over the medium term.

In one way, there is a certain economic efficiency reflected in the out-migration. After all, if jobs are not available in Spain but are available elsewhere, then it only makes economic sense that people are following the jobs. One could argue that the economic situation in a lot of countries – Canada and the U.S. included – would be better if labour was more mobile from region to region. Europe, in fact, has long had a problem with labour market mobility with language barriers and regulation tending to discourage rather than encourage movement across national borders.

On a more negative note, losing and failing to attract a young and productive population is not a national asset. Those who leave during times of crisis tend to be disproportionately young (which is to say a part of the tax base) while those who stay are more likely to be older. That means that the fiscal burden of an older population is only going to intensify in future years.

The Spanish situation is an interesting one, but it is only the tip of the iceberg as Europe adjusts the playing pieces to deal with its crisis. Europe is an old and aging economy anyway: People can move from one part to another, but its hope (economic catastrophes aside) really will come from people from outside its borders heading into all its countries. They may be leaving Spain now, but in the absence of a serious turnaround in the broader European economy, people are also going to leave the continent in droves, and not be replaced by anyone else. Spain is a leading indicator, but watch for much more to come. 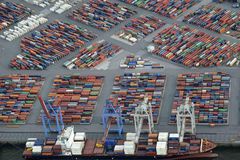 Italy has picked a good time to have a crisis
Subscriber content
April 22, 2013 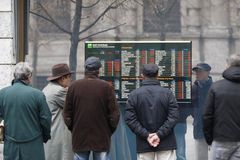 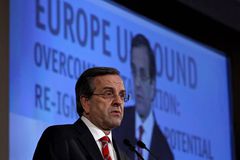