Jobs, not productivity, may be the secret to Canada's economic strength, according to provocative new research.

An abundant supply of labour is the key ingredient that has allowed Canada to expand its economy over several decades despite disappointing productivity gains, a trio of economists from the U.S. Federal Reserve Board and the International Monetary Fund argue in a report to be published Wednesday in the International Productivity Monitor.

For decades, policy makers and economists have agonized about Canada's chronically lagging productivity compared to other leading industrialized countries.

If the new research is correct, the fixation may be overblown, even misguided. Ensuring a good supply of workers through immigration and tax policy may be just as important as investing in efficiency gains, new technology and research-and-development.

Canada has consistently trailed other Group of Seven economies in the growth of so-called total factor productivity, going back 40 years. But it's been at the head of the pack in economic growth thanks to a higher-than-average pace of jobs growth and hours worked, the study points out.

"Having abundant labour could tilt business decisions toward not paying the costs of implementing innovations and reorganizing production that would ultimately result in faster total factor productivity growth," according to the Fed's Andrea De Michelis and Beth Anne Wilson, and Marcello Estevao of the IMF.

Total factor productivity (TFP) is a catch-all for a country's innovation performance, encompassing technological change and other efficiencies. It's a more comprehensive indicator than labour productivity because it incorporates all the factors that contribute to growth – capital, energy, materials, services as well as labour.

"The results suggest that for countries like Canada, close to the technological frontier with good institutions and adequate support for research, development and entrepreneurship, concern about slow TFP growth may be less pressing as long as labour input growth remains strong," the authors conclude.

"Other factors, besides TFP growth, must be at play in determining long-run output growth."

Andrew Sharpe of the Ottawa-based Centre for the Study of Living Standards, who edits the International Productivity Monitor, pointed out that focusing on efficiency at the expense of jobs and hours worked could lead to "greater unemployment, income loss and reduced well-being."

Last week, the Conference Board of Canada gave the country a "D" grade for its poor innovation performance, well below top performers Switzerland, Sweden and the United States. Canada ranked 13th out of 16 industrialized countries, according to the annual report card. In two categories – business R&D and venture capital – Canada was second-to-last. And in all stages of the innovation process, from creation to transformation, Canada is "weak" while the country is "rarely at the leading edge of new technology," that report said.

The authors of the new study say their work raises interesting and important policy questions, such as "should countries with strong employment growth, such as Canada, worry less about their relatively weaker [productivity]?"

The study argues that productivity goes down when labour costs are lower, there is more immigration and the population grows more quickly. 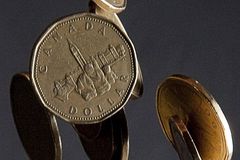 Jobs take hit across Canada as slowing economy takes its toll
May 11, 2018 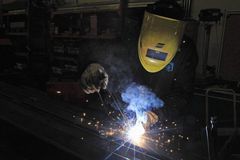 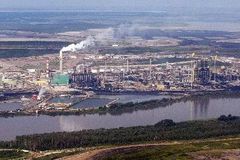 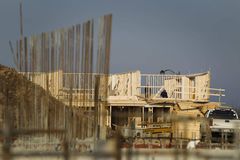 Executives see training, immigration as the key to strong economy
May 11, 2018 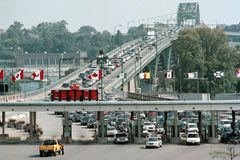