Last week, Quebec's and Ontario's premiers announced their desire to work together on crucial issues, including climate change, interprovincial trade and infrastructure. It is very positive for Canada when our two largest provinces recognize the benefits of co-operation. We should certainly hope they succeed, but let's also be mindful of the obstacles in their way.

Especially interesting is the prospect of greater interprovincial trade in electricity. This would be a game-changer in Canada, and a very positive one. Quebec has a great deal of low-cost hydroelectricity available to export, and its current U.S. markets are becoming less interested in purchasing long-distance hydro power because of their own development of low-price shale gas. At the same time, Ontario's economy continues to grow but has few options for increasing its electricity capacity at costs anywhere close to Quebec's. So the idea of Ontario buying electricity from Quebec is obviously sensible.

Any idea that is so obviously sensible must have serious problems, and there are at least three that come to mind.

The first will be the pressures from within Ontario to resist importing cheaper Quebec electricity. It will be argued that Ontario has built a world-class nuclear industry and that refurbishing existing nuclear plants and building new ones is necessary to keep this expertise at home. The fact that approximately nobody in the rest of the world wants to purchase this expertise or the associated technology will be ignored, or perhaps held up as an example of how government needs to do more to sell these products. Other "anti-importers" in Ontario will argue along the lines of securing jobs and economic development – that building electricity capacity (of any kind) within Ontario keeps the projects and associated construction jobs at home.

Though they may be dressed up and spun differently, these arguments are nothing more than simple protectionism. Hopefully Ontario Premier Kathleen Wynne will see this and focus on the bigger picture: In a world where Ontario needs electricity and Quebec has it in spades, it can only be good for Ontario to purchase it.

This brings us to the second obstacle, and it will come from la belle province. Quebeckers have no problem with selling their surplus electricity to Vermont and New York at prices that exceed the internal Quebec ones. Except in a few small industries, Quebec firms do not see themselves as competing with American ones.

But many won't want to make the same offer to Ontario, as they will see it as giving an advantage to competing firms. Indeed, Ontario will argue that having access to Quebec's cheaper power will improve the competitiveness of its firms; so it's only to be expected that Quebeckers will view the same transaction as causing their own competitive decline.

Again, these arguments are nothing more than raw protectionism, and hopefully Quebec Premier Philippe Couillard will resist them strongly. Quebec as a whole will benefit by selling its surplus power to any jurisdiction prepared to pay the price; it will also benefit if the consequent greater development in Ontario leads to more trade in other products between the two provinces, which is very likely.

The third obstacle is the toughest. Suppose Ontario and Quebec enter into a long-term partnership in which Ontario's electricity needs are increasingly satisfied by Quebec's production. This would be great for both provinces. But increasing Quebec's electricity capacity means the construction of more hydro generating stations, and this will require more development in Quebec's northern regions. This will certainly require the close involvement of First Nations communities.

First Nations communities will demand genuine consultation at every step of the project, and that close attention be paid to the project's impact on the environment and on traditional hunting and fishing grounds. They will also demand a share of the income generated. The Quebec government will need to recognize the legitimacy of these demands and partner with the First Nations in a genuine and transparent manner. All of this is possible, but it is not simple.

To any objective observer from far away, greater electricity trade between Ontario and Quebec would appear to be a no-brainer. And it is. But there are real obstacles. We should all celebrate the fact that Premiers Wynne and Couillard are starting this much-needed conversation, and we should wish them all the luck in the world. They will need it. 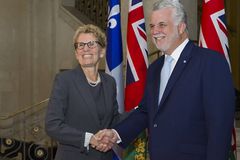 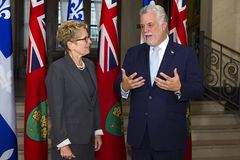 Report warns that Ontario’s hydro pensions are ‘not sustainable’
August 5, 2014 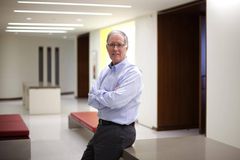 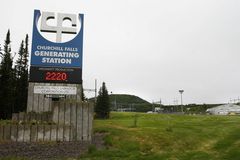