The gender gap between women and men in Canada will take 228 years to close at the pace of change we've seen in the past 20 years, according to a new report by Canadian Centre for Policy Alternatives.

Gender gap calculations from the World Economic Forum – which looks at 14 criteria including comparative income levels, managerial roles and educational attainment – shows Canada scored 0.738 in 2012 out of a maximum of 1, which would represent complete parity between men and women. The CCPA used the same methodology to look back 20 years to calculate that the comparable score in 1993 was 0.715.

Extrapolated into the future, that 2.3 per cent improvement in the past two decades suggests it would take 228 more years at the same pace to reach parity between genders, says report author Kate McInturff.

"If you look at the trend over time, we're just not seeing a very fast pace of progress, and we need to do better," she said in an interview.

Ms. McInturff argues that the gap has an economic cost, and Canada could add as much as 10 per cent to annual GDP if women were to reach parity in key economic areas because it would mean women had more access to better-paid jobs, which increases wealth.

A dive into the data shows where Canada is lagging and why the trends have been so slow to shift.

In the six health and education categories that comprise the World Economic Forum's data, women in Canada are at par with men. For example, women in Canada have slightly higher literacy rates than men, similar rates of educational attainment, higher life expectancies and a similar sex ratio at birth.

But most of the eight factors in the subcategories of economic participation and political empowerment have significant gaps, and a much slower pace of improvement over the past 20 years.

The economic category, which combines scores on five factors, sits at 0.788 compared to 0.728 in 1993, which means it would take 71 years to close the gap at the recent rate of change.

The biggest drag for women's scores in the economic category is in the proportion of women filling roles as managers, senior officials and legislators, where the score of 0.522 in 1993 is almost unchanged at 0.56 in 2012.

Ms. McInturff concludes that the closer women get to the top, the greater the barriers to equality.

That is especially true in the political participation category, where it would take 392 years to close the gender gap at the current crawling pace of change. With an average annual rate of progress of 0.2 per cent, women would not equal men in Parliament, cabinet or as heads of state until 2404.

Ms. McInturff says it is exciting that there are six female provincial and territorial premiers in Canada today, but said women still make up less than a quarter of elected provincial politicians. They account for 24 per cent of federal MPs and 17 per cent of the governing Conservative caucus, while the NDP has a ratio of 38 per cent and the Liberals 20 per cent

The CCPA report concludes one of the best ways to help women advance is to fund and encourage non-profit organizations that work on issues related to women and equality. Ms. McInturff says two different international studies – one looking at violence against women and the other at growth in women's representation in Parliament – concluded that progress and reform were greatest where there were effective groups working on the issues.

She says progress requires advocacy to get issues onto the reform agenda, and to provide the expertise and knowledge to help legislators make good decisions.

"You could have someone in a leadership position who is extremely keen to move something forward, but they're also juggling all the other issues they have to work on. They need that expertise and they need that voice." 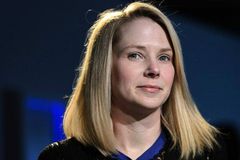 We need more women in top roles – but why would anyone want the job? Subscriber content
May 11, 2018 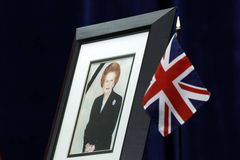 Members named for committee to boost women in boardrooms
May 11, 2018 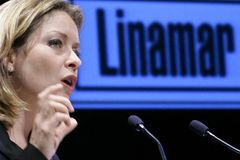