Another batch of grim economic numbers from Spain have delivered a handy reminder that the European recovery, while real, is slow, uneven and might even go into reverse in some countries. They also help explain why euro skeptic parties are on the rise ahead of next months European Union elections.

While Spain is officially out of recession, the job market remains in depression territory. On Tuesday, Spain's National Statistics Institute reported that the jobless rate climbed to 25.9 per cent the first quarter, up from 25.7 per cent in the previous quarter. Spain's unemployment is second only to Greece's.

While economists and politicians like to blame factors such as weather, "seasonal distortions" and the like for any uptick in the jobless rate when that rate is supposed to be going down, there is no doubt the recovery in the Spanish jobs market is more alleged than real. The jobless figure is expected to stay above 20 per cent for several years and absolutely no one thinks it will drop to the pre-crisis level of 8 per cent in the next decade. At one point during the go-go years, Spain's unemployment was lower than Germany's. The epic 2008 housing bust took care of that.

With unemployment stuck at double-digit levels in Spain, Portugal, Italy, Greece and France, and their recoveries barely worthy of the definition, it is no wonder that euro skeptic parties are on the rise. For these countries, membership in the euro area has "transformed from dream to nightmare," says Italian economist Luigi Zingales, of the University of Chicago's Booth School of Business, who just published a book called "Europa o No" – Europe or Not.

Europe is brimming with protest parties of the left, centre and right, a few of them loony and dangerous, many others dynamic and thoughtful – who stand to make breakthroughs in the EU elections. Various polls suggest they could win 25 per cent of the seats in the 751-seat European Parliament. That's not a majority, but it might be enough to stall the European integration process that is losing admirers throughout the EU and the 18 countries within it that share the euro.

While it's difficult to make generalizations, given the wide variety of parties, some of whose platforms rest on shameless xenophobia (like Greece's Golden Dawn), it appears that the euro skeptic parties in the struggling Mediterranean countries believe that euro membership has turned them into economic victims, not victors like Germany.

The euro skeptic parties in northern Europe think the EU or the euro zone, or both, are undemocratic and costly experiments in slow-motion sovereignty eradication. At minimum, all of them want the rules of the European integration project – from immigration to austerity – rewritten. Some of them, like Marine Le Pen's Front National in France and Nigel Farage's UK Independence party, both of which are surging in the polls, want their countries to wave goodbye to EU.

In Italy, Beppe Grillo, the firebrand and former comedian who leads the Cinque Stelle – Five Star – movement, could easily snag 20 of the country's 73 European Parliament seats. He has expertly tapped into the economic angst that gripped the euro zone's third-largest economy, whose job destruction and deindustrialization have been relentless. While not explicitly anti euro, Mr. Grillo wants Italy to hold a referendum on euro membership. With a youth unemployment rate of 42 per cent and the cost of living ferociously high, Italy's young people are wondering whether the euro is doing them more harm than good.

In Greece, the radical left Syriza party, which became the largest single party in the Greek parliament in the 2012 election, has similar views and also stands to do well in the European elections.

Mr. Zingales, the economist, is not surprised to see the rise of the euro skeptic parties and considers them a natural reaction to a system that has disappointed millions. He is not advocating the euro zone's break up – far from it – but he does think that unless Italy and the other weak European countries implement policies that will juice up their economies and their productivity improvement rates in a hurry, all bets are off for the euro's long-term survival. "We have to admit that, as it is, Europe is not sustainable," he says.

Super Mario rushes to the rescue, this time against deflation
April 18, 2014 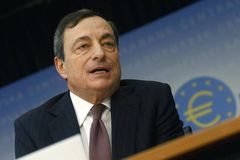