Inequality has increased in the majority of rich countries, but the share of income and earnings going to the top has increased most in the Anglophone countries. McMaster University economist Mike Veall says Canada has not escaped this trend, and argues that a public policy response is needed.

The underlying causes of "the surge" in the shares of the top 1 per cent, one-tenth of 1 per cent and even the top one-hundredth of 1 per cent in Canada remain elusive. Even so, these changes should prompt at least three policy responses that could be supported across the political spectrum.

Prof. Veall was the 2012 president of the Canadian Economics Association, the professional association of economists based in Canada, and presented his presidential address at the annual meetings of the Association held last June at the University of Calgary The soon-to-be published version, Top income shares in Canada: Recent trends and policy implications , in part updates his earlier work with Berkeley's Emmanuel Saez first published in 2005.

The research points out that: Top income shares fell during the recent recession – the top 1 per cent making about 12 per cent of all income in 2009 – but that this is not a change in trend; there is significant variation across provinces with Alberta, British Columbia and Ontario experiencing the most significant increases in top shares; and, finally, the data have probably been overstating the differences between Canada and the United States and the reported top income shares are narrower than first thought.

The explanations are still not clear, though it appears that Canadian developments represent a spillover from the U.S. for those working in a globalized labour market.

An intriguing piece of evidence to support this is that the trends in top income shares for residents of Quebec who file their tax returns in English are much more pronounced than those who file in French.

Just as interesting are Prof. Veall's views on the policy implications. He suggests that there is probably not much scope to raise marginal tax rates on the very rich, but favours a broadening of the base:

"… my review of research on tax responsiveness in Canada leads me to believe that ... there is some risk that increases in the top marginal tax rates might raise little or no revenue. If the goal is to increase taxes on those with high incomes, I would argue that the immediate priority should instead be broadening the personal income tax base, particularly eliminating tax preferences that are likely to be taken advantage of by the upper end of the income distribution."

The preferential treatment of different types of capital income is one of his concerns.

His final policy priority is the impact that inequality has on inter-generational mobility. He points out that Canada's position on the so-called Great Gatsby Curve is enviable in that the strength of the tie between adult earnings outcomes and family background is relatively weak.

But this reflects the accomplishments of the past, particularly social investments in health care and education. Many provincial governments, where the responsibility for these programs lies, are facing important fiscal challenges, and in Prof. Veall's view it is important to address these challenges in a way that preserves the programs that are at the heart of equality of opportunity.

Miles Corak is a professor of economics with the Graduate School of Public and International Affairs at the University of Ottawa. You can follow him @MilesCorak, or read his blog atmilescorak.com . 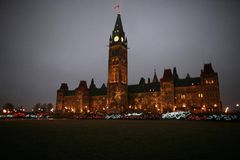 A secret to social mobility: Inherit your job from Dad
May 17, 2012 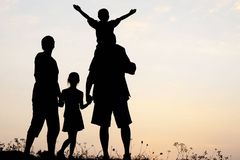 Will inequality become a permanent feature of our society?
April 5, 2012 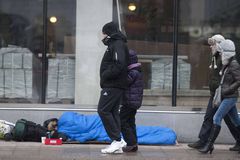