Teaching is a tough and demanding job and teachers should be paid fair compensation for what they do. In Ontario, teachers are protesting legislation that affects their compensation and sick days.

But how do you determine fair? You could use newly released data from the Organization for Economic Co-operation and Development (OECD), which actually suggests that Canadian teachers are doing pretty well, at least by international standards.

The OECD collected an exhaustive amount of data on teacher salaries: salaries by years of seniority; hours worked; and total compensation for its 34 member countries. The data was then adjusted so it could be compared across countries, converting all earnings into U.S. dollars using 'purchasing power parity.'

What the OECD found is that Canadian teachers are paid pretty well, particularly as they progress up the seniority scale.

For elementary teachers, the starting salary in Canada (all data are as of 2010) was $34,443, although a teacher with fifteen years of experience earns $54,978. In contrast, the OECD average is a top salary of $37,603. U.S. elementary teachers start at $36,858, but have a top salary after fifteen years of $45,226. Data for teachers at the secondary level tell the same story too: Canadian teachers do a bit better than the average.

Of course, there are some countries that pay better, but not many. Only Germany, Austria, Luxemboug, Ireland and Korea have top salaries for elementary teachers that are higher than Canada's.

But forget the overall statistics: what really caught my eye in the report is the ratio of teacher compensation compared to other full-time, full-year workers with post-secondary education – a kind of rudimentary measure of whether teachers are 'overpaid' or 'underpaid'.

Canadian teachers – and the data is the same for primary and second teachers – have a teacher compensation ratio of 1.05. Roughly translated, that means they get paid 5 per cent more than others with equivalent education. In contrast, most teachers in the OECD are indeed 'underpaid' – the OECD average is 0.82 for primary education and 0.90 for secondary teachers, and in the U.S., the equivalent figures are 0.67 and 0.72.

The OECD also calculated the salary per hour of teaching time after fifteen years of experience. The OECD average is $49 for primary teachers, and $65 for secondary. In the U.S., the figures are much lower, at $41 and $46 respectively. The Canadian figures? For elementary teachers $68 an hour, and for secondary $74. Gulp.

Teachers spend lots of time preparing outside of the classroom. They spend their own money on supplies, especially in these days of cutbacks. They have to deal with noisy, argumentative and difficult people – students of course, but also parents and administrators.

Then again, teachers have benefits and pensions and job security the likes of which most workers can only dream about.

The OECD numbers may make you seethe with anger (if you're a teacher, you may think you deserve more than a 5-per-cent premium; if you're a taxpayer, perhaps you're surprised at how well teachers are paid). I'm proud that Canadian is among a handful of countries that doesn't undervalue its educators. Still, it 's a balancing act for sure – and the OECD data only highlights how difficult it is to assess 'fair', no matter what side of the table you are on.

Economist Linda Nazareth is the principal of Relentless Economics. Visit her at www.relentlesseconomics.com. A longer version of this post is available on her website 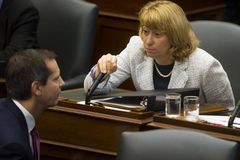 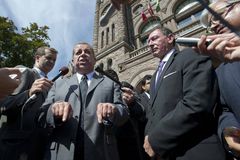