Anita Ekberg must be pleased. Rome's Trevi Fountain, the scene of one of the most memorable moments in cinema, is about to be restored by a company, Fendi, which is trying to re-establish its Italian identity.

Ms. Ekberg, who is 81 and said to be in poor health, lives in hill town outside Rome, not from the pope's summer residence. In 1960, she and Marcello Mastroianni starred in Fellini's La Dolce Vita , the Italian director's best-known film. In one scene, the statuesque blonde, at her provocative and sensuous best, wades through the fountain at night in a black dress, caressing the fountain's waters.

The Trevi Fountain, 250 years old last year, has been one of Italy's top tourist draws since then. But it is falling apart, like so many other cultural and artistic treasures in this recession-stricken country, and is in sore need of restoration. Rome's mayor, Gianni Alemanno, pleaded for help and Fendi, the Italian luxury goods house owned by France's LVMH, came to the rescue. It announced last week that it will spend €2.2-million ($3-million Canadian) to restore the Trevi's façade and complex plumbing, plus another €320,000 to clean up the grim-encrusted, late Renaissance-era Quattro Fontane (Four Fountains) not far away.

A few years ago, taking corporate money to restore Italy's treasures would have been considered a crass sellout to corporate interests. Not any more. Italy's cultural budgets, which were embarrassingly low before the 2008 financial crisis and the grinding recession that followed, have collapsed. Virtually every day, there are reports of crumbling walls at Pompeii, stone and brickwork falling off ancient buildings, stalled restorations and artwork plundered from museums and churches because of lack of security.

Italy's national, provincial and municipal governments can't afford the upkeep even though they realize that making the country pretty for tourists is essential for the economy's health as industrial jobs disappear at an alarming rate.

Any corporate money, in other words, is welcome. Fendi's Trevi restoration has become part of a trend. Just recently, Renzo Rosso, the founder of the Diesel jeans business, agreed to fund the €5-million restoration of Venice's sinking Rialto bridge. The biggie, the €25-million overhaul of the Colosseum in Rome, is being financed by luxury shoe and handbag maker Tod's, whose boss, Diego Della Valle, is considered a marketing master.

What's in it for these corporate sponsors? Each case is different and in no case does the sponsor get unlimited marketing rights to the monument it is restoring. In Fendi's case, Fendi logos will appear on the scaffolding when it is under repair, and a small Fendi thank-you plaque will be mounted near the fountain when the repairs are complete. Tod's will get the right to use the Colosseum logo for 15 years and put its own brand on the tickets sold to visitors (six million a year, at last count).

But the restoration sponsorship are more sophisticated than they appear. Fendi started in Rome in 1925 as a handbag and fur shop. Today, it is French-owned and global, though no longer clearly associated with either Rome or Italy.

Fendi wants to change that so that the brand is clearly linked with Italian tradition, culture, craftsmanship and Anita Ekberg-style glamour. "Rome is the symbol, let's say the quintessence of the Italian style, of the Dolce Vita, of the Italian savoir-faire," said Fendi CEO Pietro Beccari. "It's really important for Fendi to restate its Italian origins."

With Fendi, Tod's and Diesel writing cheques to keep Italy intact, other corporate sponsors are bound to follow. Happily for them, but sadly for Italians, there is an unlimited supply of rotting treasures in need of tender loving care. 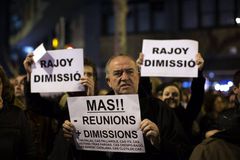 Derivatives may be undoing of the world's oldest bank
January 25, 2013 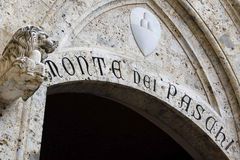 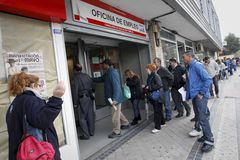 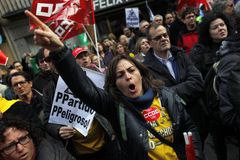 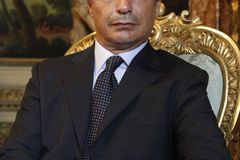