In the carnival game Whack-a-Mole, the object is to be quick enough to smack down the mole when it sticks its head up unpredictably from any one of a number of holes.

Sounds a bit like being the premier of Alberta. Sitting on the third-largest reserves of oil in the world paints a target on your back that every grasping mole in the country finds irresistible.

First came Pierre Trudeau's National Energy Policy, which argued Alberta shouldn't get to export its oil at world prices but that it should be sent east at subsidized prices to Central Canada's energy-hungry consumers.

Then it was B.C. Premier Christy Clark, arguing that it is unfair for pipelines to cross her province to carry Alberta's oil to Asian markets unless the industry's wealth is shared with her government.

Now, according to a think tank, it is apparently unfair that Alberta wants to send its oil to Ontario through increased pipeline capacity. According to a new report from the Toronto-based Mowat Centre, Alberta has an unfair advantage relative to Ontario because its industry generates lots of greenhouse gases. Alberta, in the centre's view, gets the benefits from increased pipeline capacity, while Ontario gets the risks and costs.

To create a more equitable federation, according to the Mowat folks, Ottawa should impose a carbon tax to make oil more expensive; this, somehow, would make up for the fact that Ontario is voluntarily bashing its energy-intensive industries through ill-advised green-energy policies.

Let's examine the idea that Ontario gets only risks and costs from more pipeline capacity while Alberta gets the benefits. Pipeline companies have to pay for the land, labour and capital used in building and maintaining pipelines. And where will a lot of that money be spent? In Ontario. The Canadian Manufacturers & Exporters association has been clear that the greatest opportunity for Canadian manufacturers is the growth of the natural resource economy. This includes the pipelines needed to get these resources to market.

Depressed export prices for Canadian oil, linked to the dearth of infrastructure needed to get Alberta's product to consumers, have cost the Canadian economy a minimum of $8-billion annually since 2011, money that would have generated increased tax revenues for Ottawa to spend on, among other things, equalization payments for Ontario's mismanaged economy.

Presumably, however, the main benefit of a pipeline is what flows through it – the oil that customers want to buy. If, as the Mowat Centre suggests, we're going to make businesses "share the benefits" of their operations over and above making their products available, why stop at the oil industry? Let's make eastern-based grocery chains, auto companies and software firms start "sharing the benefits" of their operations with their Alberta customers.

Companies invest capital, hire labour and take risks to supply goods and services that they hope consumers will buy. That consumers buy them is evidence that they regard the product as a benefit.

When you hand over your money at Loblaws each week, you don't walk away with nothing. You walk away with groceries, which you clearly found of value or you wouldn't buy them. Making groceries and cars and software available for purchase is a benefit to buyers. Ditto for oil.

The underlying premise of the Mowat argument – that there is something unfair about the distribution of petroleum resources that needs to be "fixed," beyond the revenue transfers implicit in equalization – is a dangerous argument for Ontario. As Philip Cross, former chief economic analyst for Statistics Canada argued in a recent paper for the Macdonald-Laurier Institute, manufacturing is a greater source of interprovincial inequality than natural resources; almost every province has a resource sector, but only Ontario has an auto industry.

Perhaps the "benefits" of the auto industry should be more equitably spread across the country, or we shouldn't give permission for more manufacturing plants and no more rail cars and trucks should be made available to transport those autos to buyers. And how about the extent to which that auto industry benefits unfairly from drivers generating lots of untaxed greenhouse gases, while the oil and gas industry is subject to an Alberta carbon tax?

I hope Alison Redford has a firm grip on her mallet; this latest mole deserves one colossal whack. 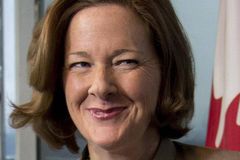 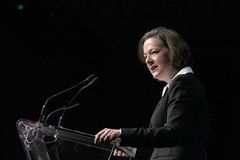 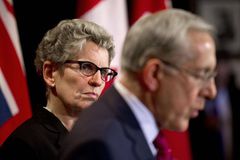 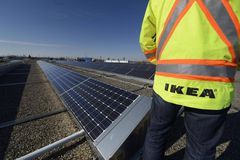 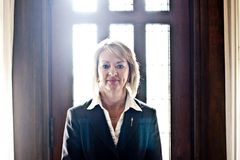