Can peer pressure make delinquent taxpayers pony up what they owe the government?

Behavioural economists say it can, and some tax agencies in both the United States and Britain are taking their advice to heart -- and finding that they are reaping rewards.

Behavioural economics has already upended investing and finance with new theories on why and how people make decisions about their money.

From the simple re-wording of late notices to changing the structure of back-tax payment plans, tax collectors are getting results by tapping into basic human tendencies. Whether it is the desire to do what peers do or to stick with a voluntary commitment, persistent patterns of human conduct revealed by behavioural economics are gradually being targeted to boost tax revenues at very low cost.

"The vast majority of people want to do the right thing. If government can make it easier to understand what that is, it can have a big impact," he said.

Behavioural economists study how social and emotional factors influence economic decisions, using psychology and other disciplines to shed light on how and why we behave as we do when it comes to finance and money.

These researchers' insights have undermined orthodox economic theories that assume consumers and investors make decisions based solely on material self-interest.

Tax administrators traditionally have focused on penalties to compel compliance. That remains important, but audits and legal enforcement action are expensive. Behavioural strategies can help do the job at far lower cost, experts said.

Psychologist Robert Cialdini, a professor at Arizona State University and an expert in persuasion, pioneered the social insight that if people know what their peers are doing, they are more likely to do the same.

In one letter, this sentence - "Nine out of 10 people in the U.K. pay their tax on time" - increased positive response by 1.5 per cent. Adding another sentence - "You are one of the few who have not paid us yet" - raised the success rate 3.9 per cent.

HMRC also found compliance rose 6.8 per cent when taxpayers were told they were one of few delinquents in their hometowns.

The HMRC's work is led by its Behavioural Insights Team, which is advised by University of Chicago professor Richard Thaler, a founder of the field of behavioural finance.

Other tax administrators have caught on to these ideas on their own, without a behavioural economist to guide them.

A push for "plain English" in tax forms over the past decade has led the Washington State Department of Revenue toward behavioral ideas of salience, the idea that people focus only on what they understand.

After re-writing the department's form letter sent to firms believed to owe tax on the use of goods or services, positive responses from taxpayers increased 43 per cent.

The results have made the department receptive to the idea of more targeted messages like HMRC's, said Janet Shimabukuro, assistant director of Washington's Taxpayer Services Division.

Structuring late payments is another area where understanding behaviour can have an impact.

After employers began structuring 401(k) plans in a way that required employees to opt out, rather than opt in, participation in the plans jumped. Behavioural scientists call this default, or the idea that people are less likely to stop doing something than they are to fail to start doing it in the first place.

California saw a similar result some years ago when the state started requiring tax payment plans be structured as electronic bank account withdrawals. Though taxpayers could cancel, they tended not to. Missed payments are now only 5 per cent, according to the California Franchise Tax Board.

That is on 200,000 installment agreements. Last year, the state received over $363-million in installment payments.

Why the superrich are so angry with Barack Obama
October 26, 2012 Why junk food taxes should be increased
October 26, 2012 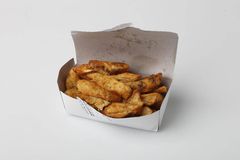