In the next few weeks (no firm date has yet been set), Statistics Canada will release the results of the 2012 Survey of Financial Security. This survey, which is unfortunately only conducted on an episodic basis, will provide a detailed look at the assets, debts and net wealth of Canadians. It will provide an important complement to the many sources of information we have on incomes and income inequality.

When we consider the economic resources of households, wealth – mainly consisting of housing, equity in businesses and financial assets – clearly matters a lot in terms of security and the ability to spend. National wealth is an important yardstick for comparing ourselves with other countries (it was why Adam Smith wrote about the Wealth of Nations), and we can only judge the real extent of economic inequality when we look at the distribution of wealth among households, and not just annual income flows.

University of Paris economist Thomas Piketty pioneered (with Emmanuel Saez) historical analysis of income inequality, and carefully documented the changing income share of the top 1 per cent in rich countries. Now he has done the same for wealth.

In a major article and a forthcoming English-language edition of his book, Capital in the Twenty-First Century, Mr. Piketty shows that the ratio of total household wealth to national income, or gross domestic product (GDP), in advanced industrial countries is not constant over time. In fact, the ratio was very high in the pre-industrial era and the early years of industrialization, but fell to a low of two to three times GDP between the First World War and 1970. Today, national wealth in the advanced economies is back to late-19th-century levels of four to six times GDP.

Generally speaking, wealth is higher relative to GDP in Europe than in North America. Here in Canada, wealth was at a low of 2.5 times GDP back in 1970, but is now about four times higher than GDP.

The reasons for the decline of wealth relative to GDP over much of the 20th century likely included the destruction of wealth in two world wars and the Great Depression, and an extended period in the middle of the century in which the financial sector was closely regulated and labour's share of national income was high relative to the share of capital.

Mr. Piketty further shows that wealth was generally much more equally distributed by the mid-20th century than it had been in the pre-industrial era and the late 19th century. The share of all wealth held by the top 10 per cent in rich countries is typically very high, at 60 to 70 per cent, but this is still well below late-19th-century levels of 80 to 90 per cent.

Karl Marx famously argued that the stock of capital would inexorably rise and become concentrated in fewer and fewer hands due to the dynamics of capitalism. He was wrong. But Mr. Piketty fears that the rising ratio of wealth to GDP, combined with increasing inequality in the distribution of wealth since about 1970, may bring us back to the extreme economic inequality of the Victorian era and the so-called Gilded Age in the United States.

These numbers are generally acknowledged to significantly understate the real degree of wealth inequality, since surveys based on small samples will not include the few super-wealthy individuals who control much of Canada's wealth. The 2013 Forbes magazine rankings show that 29 Canadian persons or families have more than $1-billion of assets, led by the Thomson family with assets of $20.3-billion.

It will be interesting to see, in the new Financial Security survey, if Canadian wealth inequality increased further from 2005 to 2012. This was a period in which housing prices increased significantly, while financial assets (which are much more concentrated in a few hands, with 80 per cent being owned by the top 10 per cent) did not do so well. However, household debt also rose sharply over this period.

The danger may lie more in the future than in the very recent past. If wealth, especially financial wealth, looms large as a share of GDP, and if rates of return on capital remain high in a relatively sluggish economy, wealth will become highly concentrated in the hands of the very few.

Andrew Jackson is Packer Professor of Social Justice at York University and senior policy adviser to the Broadbent Institute. 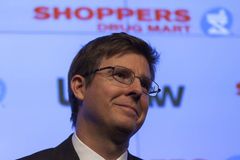 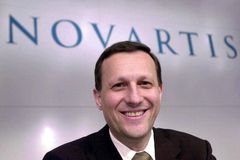