There's a hole in the Conservative platform…a hole so big, you could fit Canada's oil and gas sector or every single one of our fossil-fuel power plants into it. The hole is projected to get bigger, and will be large enough to fit every single car, truck, SUV, train, bus, and ATV in Canada into it by 2020. These are not figures from David Suzuki. They are taken from speeches by Conservative Environment Minister Peter Kent and reports provided by Environment Canada earlier this year.

The Conservatives do not have the policies in place to meet commitments in their platform. The platform re-iterates Canada's Copenhagen commitment to reduce GHG emissions from current levels of around 730 million tons (Mt) to 607 Mt, or 17 per cent below our 2005 levels, by 2020. Mr. Kent called the target "ambitious," and he was not kidding. To get there, even if you ignored the potential for economic growth, it would take the equivalent of shutting down every single coal- and natural-gas-fired power plant in the country.

The story gets worse when you consider the economic growth we expect to see over the next eight years. In his first speech as Environment Minister, Peter Kent admitted that, "there is a great deal to do," since without any new policies, Canada's emissions will likely grow to around 800 Mt per year, and we would miss the Conservatives' pledge by 178 Mt, as you can see in the graph below from Environment Canada. To put that into perspective, you could eliminate the emissions from every single car and truck on the road today, and we would still not get there.

The Conservatives are clearly aware of this hole in their platform, but they have failed to introduce any substantial new programs to close the 178 Mt gap. The only real policy announcement came on March 31, when Stephen Harper announced that the Conservatives would provide a $4.2-billion dollar loan guarantee to the Lower Churchill River hydro project, which is expected to reduce annual GHG emissions by 4.5 Mt. Today's announcement from SaskPower puts the price tag of their new CCS project at more than $1-billion, to achieve annual emissions reduction of approximately 1Mt. The Conservatives only need to find 38 more projects of this size to reach our 2020 goal. If the cost of these projects remains in the $1-billion per Mt range, it would seem that the NDP isn't the only party with a hole in its green budget.

The Conservative platform also contains a one-year extension of the ecoEnergy Retrofit Initiative. This will likely enable approximately 350,000 retrofit grants, which have averaged of $1,140 per renovation over the history of the program. The previous Conservative government estimated in its 2010 Climate Change Plan that the renovations associated with each grant will lead to emissions reductions of 3.1t/household per year, for a total of about 1 Mt/yr of emissions reductions from the one-year extension, assuming none of these renovations would have happened anyway. If we keep getting this kind of value for money spent on emissions reductions, it would cost about $70-billion more to meet the commitments in the platform, none of which is budgeted.

The Conservatives may say that no budget is required because they have committed to a "systematic approach of regulating GHG emissions sector by sector," and have already covered the electricity sector and light vehicles. That leaves the regulation of the oil and gas and manufacturing sectors as the large remaining targets. The Harper government had previously proposed very aggressive regulatory standards for the oil and gas sector, including, "targets based on carbon capture and storage for upgrader and in-situ facilities in the oil sands sector." Carbon capture and storage, according to ICO2N, costs between $70 and $250 per ton abated. If the regulatory standards imposed to meet our targets come in at the low end of this range, meeting our targets would still cost government, industry, or consumers more than $10-billion per year. Budget 2011 contained only $252-million worth of support for regulatory activities. The Conservative platform contains no budget to compensate firms for the costs of meeting these regulatory requirements, nor do they acknowledge the potential loss in tax revenue from imposing these additional costs on firms.

Like the other major parties, the Conservative platform has proposed very aggressive GHG targets, but they have not provided a policy or budgetary roadmap to get there. The NDP and Liberal policies have rightly been criticized for being too aggressive in their budget projections for cap-and-trade revenues and for providing insufficient detail on their programs. The Conservatives deserve to receive both of these critiques in spades. They have provided no detail on the next steps in their regulatory approach, the single year of funding for the ecoEnergy Retrofits program will perhaps deliver less 1 per cent of the emissions reductions to which they have committed, and no specific budget is provided for funding the tens of billions of dollars worth additional of "economically viable" clean energy projects which they suggest they will fund.

The Conservatives need to answer one of two questions on costs which they have not included in their platform. Either they must address the costs of meeting our targets, or the costs to our export industries and our international reputation if we don't meet them. 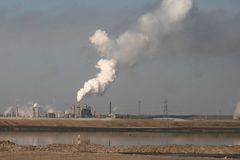 Tax hit from emissions’ plans could be in the billions
April 18, 2011
Liberals' significant climate plan cloaked in silence
April 3, 2011 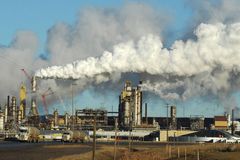 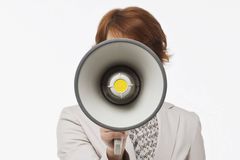