As the April 15 deadline for U.S. tax return filing deadline looms, and as the U.S. federal income tax celebrates its 100th anniversary this year (President Wilson signed the Revenue Act of 1913 on Oct. 3), income tax may seem as inevitable as, well, taxes. But Congress's choice of the income tax, rather than a sales tax, as the instrument of federal mass taxation was far from a sure thing.

Although some form of mass federal taxation was needed to finance the war, a mass income tax was not inevitable. But for the steadfast opposition of the Franklin D. Roosevelt administration, Congress would almost certainly have enacted a federal sales tax during the war – perhaps in addition to the conversion of the income tax to a mass tax, but very possibly as the only form of federal mass taxation.

The general public supported a wartime sales tax. In a 1943 Gallup poll, for example, respondents favoured "a national sales tax on everything people buy" over "increasing everybody's income taxes" by 53 per cent to 34 per cent. There was virtual unanimity in the editorial columns of the nation's leading newspapers – across the political spectrum – that a federal sales tax was needed. The idea of a federal sales tax also enjoyed widespread bipartisan support in Congress.

Nevertheless, the sales tax did not happen because of the implacable opposition of the Roosevelt administration and based on the concern that a sales tax would be regressive. As The New York Times pointed out in a 1943 editorial, the administration's regressivity objection ignored the larger federal tax context in which the sales tax would operate. The regressivity objection "disappears," noted the editorial, "if we think of a general sales tax, as we must, as merely one part of the overall tax structure that would result after its enactment."

The most dramatic moment in the debate between the administration and sales tax proponents in Congress occurred in a 1943 hearing of the Senate Finance Committee. Treasury Secretary Henry Morgenthau Jr. told the committee that increased income tax revenue of "not less than $10.5-billion is needed to safeguard the financial and economic future of this country during the war and after the war." Senator Arthur Vandenburg (Republican, Michigan) asked Mr. Morgenthau whether, if Congress were unwilling to raise the additional revenue through the income tax, Morgenthau would prefer the revenue be raised by a federal sales tax or that the revenue simply not be raised. Mr. Morgenthau responded with the administration's standard regressivity objection, and concluded that he would prefer no additional revenue to a sales tax.

This prompted a rather remarkable scolding of Mr. Morgenthau by Senator Harry F. Byrd (Democrat, Virginia): "As I understand the Secretary, he thinks the objections to the sales tax are greater than the necessity of safeguarding the financial and economic future of the country, if the sales tax is determined by the committee and Congress as being the only means of raising this additional revenue." The nation's editorial pages chimed in, with The Los Angeles Times criticizing "the remarkably poor showing made against [a sales tax] by Mr. Morgenthau" before the Senate Finance Committee.

Congress has never again come close to enacting a federal retail sales tax, either during or after the war. Faced with the massive national debt resulting from the war, Congress also never returned the income tax to its pre-war status as a class tax paid by only the most affluent segment of the population.

One can only guess when playing the game of counter-factual history, but it is intriguing to speculate on how very different the U.S. federal tax system might be today – and might have been throughout the postwar decades – but for the Roosevelt administration's difficult-to-justify opposition to a wartime sales tax. The nation might have emerged from the war with a federal retail sales tax as its major general revenue source, supplemented by an income tax applicable only to high-income taxpayers – and that system might have endured to the present, just as the mass income tax produced by the war has endured.

For better or worse (probably for better and worse), the result would have been a radically different tax environment from that in which Americans find themselves today. There would be less fear and loathing on and around every April 15, and H&R Block and TurboTax would not be household names (if they existed at all).

Perhaps most significantly, the "tax expenditures" (federal subsidies for which the mass income tax is the delivery mechanism) with which the current income tax is riddled either would take some very different form or (more likely) would not exist at all. And so a suggestion for U.S. taxpayers: The next time you claim your home mortgage interest deduction, or the earned income tax credit, or whatever your favourite tax expenditure might happen to be, pause for a moment to reflect that the subsidy probably owes its existence to the less-than-rational opposition of Franklin Delano Roosevelt and Henry Morgenthau to a federal sales tax, seven decades ago.

Lawrence Zelenak is a professor of law at Duke University Law School, specializing in tax laws 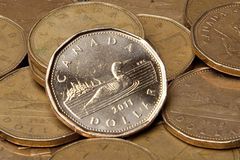 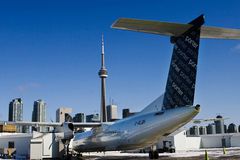