What if the generation that once rocked out to The Who's "hope I die before I get old" line actually does?

Most U.S. retirement plans and federal budget projections assume baby boomers -- those Americans born between 1946 and 1964 -- will live significantly longer than their parents have. That is a logical assumption, given health care improvements, new drugs and the long 20th century experience of ever-rising life expectancies.

But there is a counter argument: boomers, beset by factors like elevated rates of obesity, cancer and suicide, could reverse or at least slow the increase in human life spans. A change in trend could have a bearing on everything from Social Security trust fund balances to the number of nursing homes and golf courses supported in the future.

"It does not bode well for the baby boom generation at all," says S. Jay Olshansky, a public health professor at the University of Illinois at Chicago who has been studying boomer longevity under a MacArthur Foundation grant.

One new study, led by Rice University professor Justin Denney, concludes that it would be a mistake to project the longevity gains of the last century throughout this one. Yet that is about what the trustees who estimate the future solvency of the U.S. Social Security retirement program have been doing.

Prof. Denney notes a "huge increase" of 30 years in U.S. life expectancy from 1900 to the 2000s. But he and fellow researchers see a mere three-year increase over the next 50 years, with improvements in longevity concentrated among the well-to-do, while poorer people will not share in the same benefits.

To be sure, the trajectory of American lifespans is stirring great debate among epidemiologists, actuaries and other experts. Most say mortality will continue to decline and people will live longer. But some experts believe that trend will slow.

"If you look at the health status of the baby boom versus the generation that just preceded them, they are in worse shape," says Prof. Olshansky.

"There is a whole suite of problems we are now seeing in the baby boom generation that we didn't see in their parents when they were that age," Prof. Olshansky said, citing greater frailty, increased risk for cardiovascular disease and declining cognitive function.

Baby boomers, now between 48 and 67 years old, have already shown a greater propensity to suicide than previous generations, according to a data analysis from researchers at Rutgers University and Emory University.

Even more disturbing to Ms. Idler is the fact that suicide rates for baby boomers rose significantly when they were in their 40s, a time when those rates typically plateau or head down. "It's a troubling scenario all around." And suicide is not insignificant: Ms. Idler says it causes roughly as many deaths in any given year as breast cancer. In 2009, there were 11.8 suicide deaths and 12.5 breast cancer deaths per 100,000 lives, according to the U.S. Centers for Disease Control and Prevention.

Then there's cancer. The post-war baby boom generation does have higher rates of cancer at younger ages than the previous generation, the National Cancer Institute reported.

Some of that increase may be due to better detection, which – along with new treatments – has resulted in fewer cancer deaths for boomers than for their parents generation. Yet epidemiologists also see baby boomer women falling prey to lung, skin and other cancers.

"Boomer women are about the heaviest smoking cohort in U.S. history and they are suffering big time," says Samuel Preston, a professor of sociology and demography at the University of Pennsylvania. Like many of his colleagues, Prof. Preston believes that a declining rate of smoking will eventually extend women's life expectancy; however, he isn't projecting that until today's young women turn 40 in 2020.

And what about obesity? It's still not completely clear.

By 2040, obesity will reduce life expectancy by 0.733 per cent for men, and 0.677 per cent for women, according to Prof. Preston. Those are trends that he believes will be offset by other gains as people stop smoking.

So far among boomers serious weight gain appears linked to rising disability and all the costs associated with that, but because of modern medicine's ability to treat complications like diabetes and heart disease, the impact on longevity is there, just not as much, he says.

Additionally, some experts say obesity's true impact on longevity won't be seen until current youth get older since they are more likely to have been obese as children than today's elders.

And Chris Ruhm, a professor of public policy and economics at the University of Virginia, sees another shoe ready to drop: severe obesity. He expects high rates of obesity to be a drag on life expectancy and severe or morbid obesity, even in the baby boom generation, to be a much bigger problem.

Even pessimists like Prof. Olshansky do not believe that all or even most baby boomers will die at younger ages than their forbears. But he sees a future in which the rate of improvement slows overall and some groups – boomers who are from lower socio-economic strata and are black or Latino – see actual declines.

"Rich people live significantly longer than poor people do," says John Bailey Jones, an associate professor of economics at the University of Albany, State University of New York. In the United States, the wealthy live nearly five years longer on average than do the most destitute, according to Prof. Denney's research.

NIH's Mr. Suzman sees a "very uneven" picture when it comes to U.S. mortality: "It's a combination of public health, lifestyle and medical treatments, and there are still very large gaps."

Furthermore, people facing economic stress seem to die younger than those who are comfortable, and job loss worries could push more boomers into that low-income, high-stress group with higher death rates than their well-to-do peers, suggests Rice University's Prof. Denney.

Overall those in Japan, Singapore, Canada and even beleaguered Italy and Spain live longer than those in the United States, which ranked 50th in latest CIA World Factbook. Even with that gap, it's important to note that other countries fund their retirement plans differently and face unique distributions of age and wealth.

In April, the Social Security board of trustees predicted that the funds that finance the retirement, disability and survivors programs will be exhausted in 2035. At that point, benefits would need to be cut or new funds found. Over the next 75 years, the shortfall in the Old Age, Survivors and Disability (OASDI) fund would amount to 2.67 per cent of U.S. payroll.

This projection has triggered much political infighting over whether the United States should be cutting Social Security benefits or raising taxes to pay for them.

But those calculations are based on the expectation that the constant improvements in mortality (fewer deaths at every age) would continue unabated. The trustees project mortality declining by roughly 0.77 per cent a year for every year going forward as far as the eye can see.

"We're simply projecting that improvements will occur at roughly the same... (rate) as in the past," Stephen Goss, chief actuary for the Social Security Administration, told Reuters.

What if the trustees are wrong? If mortality rates stopped improving, and remained constant over the next 75 years, that would cut the OASDI actuarial deficit by about 0.45 per cent of payroll, about one sixth of the projected shortfall over the next 75 years, a Social Security spokesperson said. That won't completely save the trust fund from shortfalls, but it would help.

Medicare is trickier to assess, Mr. Goss and other experts say.

"The net effect (of slower longevity improvements) might not be large," agrees Ronald Lee, director of University of California, Berkeley's Center for the Demography and Economics of Aging. "There will be fewer elderly people to provide health care for... (but) those elderly people who are alive will be less healthy and have higher healthcare needs."

For individuals planning their futures any surprising shifts in life expectancy really wouldn't change their course. Some children of boomers could inherit money earlier than expected.

Still, retirees will have to manage their money expecting it to last 25, 30 or even 40 years, because no individual could count on being one of the unlucky few dying younger. Keith Moon and John Entwistle – two of the four original members of The Who – did indeed die before they got old. But Pete Townshend and Roger Daltrey are still going strong. 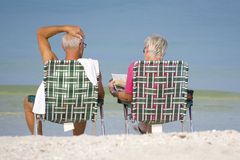 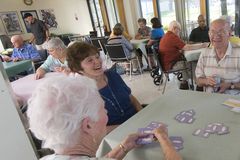