Nobel-prize winning economist F.A. Hayek was the most famous critic of John Maynard Keynes and the doctrine which bears his name. Keynesianism essentially holds that government must compensate for the collapse of demand by private companies and consumers during downturns. Governments use their credit to borrow and then stimulate the economy by spending on, say, social benefits, public sector employment and infrastructure.

Governments thus backstop the economy until the private sector's energies can recover. The price is rising public debt, but Keynes's argument was that it is worth paying.

Of course that's only half of Keynes's argument. The other half is that as the downturn recedes, stimulus must be withdrawn and surpluses run in order to pare back government debt. Many of Keynes's acolytes find this part uncongenial. Like many a smoker who puffs desperately while implausibly claiming to be able to quit any time they want to, the policy world is full of people who claim to follow Keynes but never met a stimulus package they didn't like.

That's why Hayek famously said that his problem was not with Keynes but with the Keynesians.

Bear this in mind as Ottawa moves closer to announcing in the spring that the budget is balanced. Those Keynesians whose universe crumbles if government isn't borrowing for something they approve of will be complaining that balancing the budget is not the right decision, despite the fact that Canada was the first major industrialized economy to escape the last recession, that we have recovered all the lost jobs and lost output and then some and that we have the highest share of our population working of any G7 country.

The C.D. Howe institute has led the charge with a new paper arguing that Canada shouldn't balance the federal budget but continue to run deficits because this will theoretically create some modest number of jobs. But there is always an argument as to why now is not the right time to stop running deficits; the paper is on safer ground chastising Ontario for its outsized and counter-productive borrowing.

In fact we have a lot of cases available to us to test the proposition that we will increasingly be hearing that balancing the books is overrated. If the all-stimulus-all-the-time Keynesians are correct, for example, France should be the strong man of Europe, for its Socialist president came to power rejecting "austerity" and preaching the virtues of stimulus. Britain, which pursued a course of fiscal discipline under the coalition government of David Cameron, should be in steep decline.

Instead the head of the International Monetary Fund, Christine Lagarde, recently had to apologize to Britain's Chancellor of the Exchequer for having wrongly warned that his austerity policies would provoke disaster, as Britain turns in one of the strongest economic performances in the EU. Overtaxed and tapped out France, by contrast, continues to be the sick man of Europe. Interviewed on British television Ms. Lagarde acknowledged that Britain's growth seems "pretty sustainable" because it depends on private sector investment and consumer spending.

In the United States the chattering classes were virtually united in predicting the collapse of the U.S. economy when the so-called "fiscal cliff" kicked in a year and a half ago, causing an involuntary rolling back of the scale of government borrowing (although it remains too high). Before the fiscal cliff the economic recovery in the United States was anemic; today it is quite robust.

The best counter-example to stump the all-season Keynesians, however, is Canada. When then-finance minister Paul Martin decided to fix Canada's broken public finances in 1995, we had had 25 years of deficit budgets, through good times and bad. Thirty cents on every dollar of tax revenue went as interest payments to those who financed Canada's debt binge.

But the Keynesian alarmists were convinced that balancing the budget, running surpluses and actually paying off debt rather than accumulating it was folly itself.

What happened when we balanced the budget and then ran 10 years of surpluses? We enjoyed an economic boom that was the envy of our rich-country peers. Economic growth, job creation, investment and poverty reduction took off in a way that cannot be explained by exchange rates, interest rates or oil prices, to name just a few of the alternative accounts sometimes offered for Canada's stellar run.

St. Augustine begged God to help him be virtuous, just not right away. But in public finances as in so many other things, good intentions only get you so far. At some point you have to do the right thing, not just talk about it. 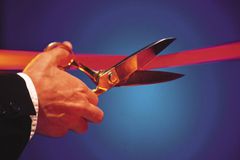 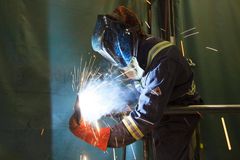 Canada’s resource tide is in – will it miss the boat?
Subscriber content
June 12, 2014 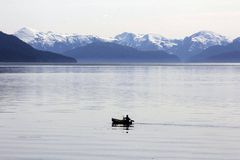