I wonder if those 90 per cent of Canadians understand just how important immigrants are to population growth across Canada – particularly in the country's growing mid-sized urban centres?

Historically, the vast majority of immigration into Canada has clustered in the Toronto, Vancouver and Montreal Census Metropolitan Areas (CMAs) as well as some of the smaller urban centres surrounding Toronto and Vancouver.

In recent years, however, there has been a substantial increase in the annual immigrant levels in mid-sized urban centres that historically relied on inter-provincial migration and natural increases for most of their population gains.

Statistics Canada data estimating the components of annual population growth shows the relative share of immigrant population has been shifting away from Toronto and Vancouver. Between 2002 and 2006, the Toronto CMA attracted 206 immigrants per year for every 10,000 in the overall population. From 2007 to 2011, the average annual immigrant level (per 10,000 population) dropped by 19 per cent to 159 per 10,000. The Vancouver CMA witnessed a 16 per cent decline.

Toronto and Vancouver still attract the most immigrants – by a fairly wide margin – but their share of the total is waning.

Contrast this trend with some of Canada's fast growing mid-sized urban centres. The Moncton CMA only attracted 8.8 immigrants per 10,000 population on average between 1997 and 2001. Between 2007 and 2011, the average annual number of immigrants had increased to 37.5 per 10,000 population – a 324 per cent increase compared to the 2002-2006 timeframe. As a reward for this boost in foreign-born population, Mr. Kenny closed the local Citizenship and Immigration Canada office in Moncton.

It's not just Moncton. Using the same time frames for comparison, Saskatoon has witnessed an average annual immigrant per 10,000 population growth rate of 188 per cent. Regina is up 206 per cent. Saint John immigration is up 165 per cent. Trois-Rivières' relative share of immigrants is also up strongly. While not CMAs, Charlottetown and Fredericton have among the fastest growing immigrant populations in Canada.

During the 2010/2011 year the immigrant population in Canada's CMAs alone was estimated to have increased by nearly 240,000.

I am told that the Ontario government wants to revert back to the immigration levels it saw back in the early to mid-2000s to boost both its economy and population. The CMAs of Toronto, Kitchener-Cambridge-Waterloo, Windsor, Ottawa-Gatineau, Hamilton, Guelph, Kingston, St. Catharines-Niagara, Oshawa, Brantford and Peterborough all witnessed relative declines in their share of new immigrants to Canada in recent years. If Ontario increases its share of newcomers, the rest of the country's urban centres will suffer.

If the federal government sticks to its guns and holds down immigration levels, the losers could very well be Canada's mid-sized urban centres – the very communities that have been increasingly relying on immigration to foster population growth and supply labour markets.

One reasons why Mr. Kenny is retrenching on immigration levels is to force chronic users of Employment Insurance back into the year round labour market. But this is a risky gambit. Immigrants are being attracted to cities such as Moncton and Regina because of job opportunities that are not being filled – for whatever reason – by the local population. In addition, most of the chronic use of EI is in rural regions and not the growing urban centres.

While it is appropriate for government and industry to work together to address the skills gaps in the work force, choking off immigration with the expectation that those jobs will be filled by current residents could end up causing more harm than good. There is already some anecdotal evidence in New Brunswick that businesses are losing immigrant workers because of the EI reforms.

Mr. Kenny wants to cap immigration at 250,000 per year. I'm not sure he can achieve that level, keep Ontario happy and assure a steady supply of new immigrants to Canada's fast growing mid-sized urban centres.

If his immigration cap stifles population growth, the 90 per cent may well end up regretting their position.

David Campbell is the president of Jupia Consultants Inc., an economic development consulting firm based in Moncton, N.B. He is a research fellow with the Canadian Institute for Research on Public Policy and Public Administration at the Université de Moncton. He also authors a daily blog on economic issues in Atlantic Canada, which can be found at www.davidwcampbell.com. 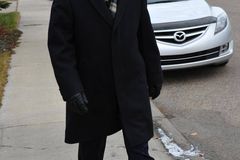 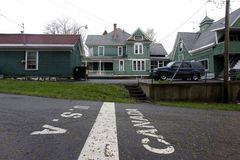