Ontario politics in the coming months are set to revolve around a debate on whether taxes should be raised to pay for a massive expansion of public transit and transportation infrastructure in the highly urbanized and acutely congested Greater Toronto and Hamilton Area (GTHA), home to about half of the province's population.

The planning agency Metrolinx has just proposed a detailed plan to finance investments of more than $2-billion a year over 25 years through a 1-per-cent hike in the provincial sales tax, a 5-cents-a-litre increase in the gas tax, a non-residential parking levy and higher development charges that would push some of the costs on to business. (The tax increases would likely apply only to regional residents and businesses.)

The core issue, of interest to all urban Canadians, is whether people are prepared to pay more in taxes to fund major public investments that will yield high returns in terms of economic efficiency, quality of life and environmental sustainability.

Toronto Mayor Rob Ford as well as the provincial Conservatives are putting the principle of no new taxes ahead of investment for the public good. This sentiment is shared by some anti-tax populists on the left.

Meanwhile, the Metrolinx plan has the support of many business organizations in the region as well as many municipal leaders who generally fall on the conservative side of the political spectrum. It will likely be embraced by the minority Liberal government.

Economists generally agree that public investments in transit yield very high rates of economic return. This has been estimated to be 12.5 per cent for an optimal level of investment for all of Canada in a recent study for the Canadian Urban Transport Association by HDR Decision Economics, which has developed cost-benefit evaluations for Transport Canada.

The current average round-trip commuting time in the GTHA is 82 minutes, just about the longest in North America, and many residents face far longer commutes of two to three hours a day, due to the fact that the existing public transportation system has failed to keep up with regional development and is operating at well above maximum capacity.

Public transit also reduces the negative impacts of private automobile use, such as air pollution and carbon emissions, and thus contributes significantly to better health and a more sustainable environment.

In short, residents would be getting a lot back for those extra taxes in terms of time, money and quality of life.

Some maintain that the taxes needed to pay for major new investments are regressive. However, as Hugh Mackenzie argued in a recent study for the Canadian Centre for Policy Alternatives, lower- and middle-income residents use public transit much more than those with high incomes, and most will benefit from the expansion plan.

Further, the plan is explicitly designed to limit fare increases that would otherwise fall most heavily on low-income residents, who already pay a very high share of operating costs (70 per cent in the case of the Toronto Transit Commission).

The federal government could and should be a one-third partner in the plan through a National Transit Strategy, as recommended by Metrolinx and the Federation of Canadian Municipalities. But that option has been ruled out by the Harper government – even though a national transit plan would help build the national economy and would be a massive creator of jobs at a time when the economy in general, and the construction sector in particular, is stumbling.

One could be critical of the Metrolinx plan for not considering congestion charges, beyond a possible charge for use of express lanes on some highways. In central London in Britain, such charges were introduced for non-residents by Labour Mayor Ken Livingstone, with all of the proceeds directed to improved public transportation.

It is difficult to justify such charges in the GTHA in advance of the needed expansion of public transit, but they could be considered as and when new investments are completed.

Tax increases may be a tough sell, but the benefits of expanded public transportation greatly exceed the costs. Hopefully, we will see some far-sighted political leadership on this issue in the months ahead.

Toronto has the most to gain by supporting the Metrolinx plan
May 29, 2013 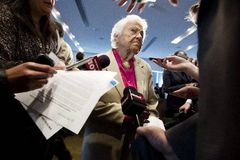 How Toronto's transit plan takes taxpayers for a ride
May 17, 2012 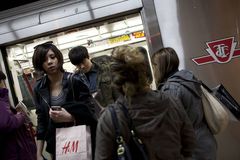 It's time for a businesslike approach to transit projects
May 2, 2011 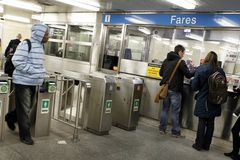 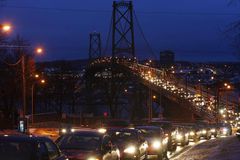