Tax revolts are not a modern day creation. According to Charles Adams, tax revolts are suggested to have led to the collapse of Aztec, Egyptian, Roman, and Spanish Empires. The Magna Carta's origin lies in a revolt against the high taxes imposed by King John. The United States of America was founded, in part, by a tax revolt related to a British tax on tea. In March 1930, Mahtama Gandhi led a massive march of protest against the British imposed salt tax which began an almost two-decade long process of creating an independent India. In 1990, hundreds of thousands of British citizens protested the community charge (aka poll tax), a protest that unfortunately deteriorated into a riot popularly known as the Battle of Trafalgar, and began the downfall of then prime minister Margaret Thatcher.

The common thread underlying these revolts is a notion of tax fairness and equity and not the belief that taxes are illegal and the government has no authority to levy tax on people. This latter view is, instead, the tie that binds modern-day tax protesters.

Legend has it that tax fighter Gerry Hart used this argument in court to successfully defend his non-payment of federal taxes. I hate to burst the bubble of those that refer to Mr. Hart as a modern day Gandhi, but no such cases exist. Instead, a number of cases exist, none of which involved Hart, where this argument was dismissed by the courts.

What is wrong with this argument that federal direct taxes are illegal? The fundamental flaw of this argument is that section 91(3) of the Constitution Act allows the federal government to raise money by any "mode or system of taxation." The mode includes both direct and indirect taxes.

The originator of the "natural persons" theory appears to be Russell Porisky. Not only did he apparently develop this theory, but he even ran fee-based seminars to train others in his "method." Porisky's Paradigm Education Group even has videos on YouTube where he advocates his method.

Be warned, however, as Mr. Porisky's argument holds no water. For the purposes law, including tax law, the natural vs. legal persons definition is a distinction without a difference. B.C. Supreme Court Justice Meyers agrees, writing that the argument "lacks logic, coherence and consistency." Mr. Porisky and many of his followers have already been convicted of tax evasion.

CRA has information tax alerts about the natural persons theory ( here and here) and warns that those invoking this argument will be subject to gross negligence penalties and may be prosecuted for tax evasion. CRA also reminds individuals to only obtain advice from reputable professionals and warns that if it seems too good to be true, then it is. After all, more than 17 million taxpayers can't be wrong. 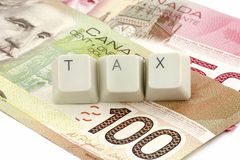 Reduce your tax liability by claiming medical expenses
May 8, 2018 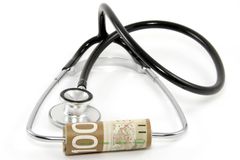 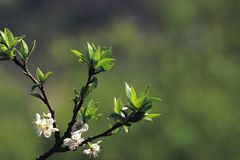 Follow Lindsay Tedds on Twitter @LindsayTedds
Report an error Editorial code of conduct
Due to technical reasons, we have temporarily removed commenting from our articles. We hope to have this fixed soon. Thank you for your patience. If you are looking to give feedback on our new site, please send it along to feedback@globeandmail.com. If you want to write a letter to the editor, please forward to letters@globeandmail.com.
Comments are closed