Capitalism has entered an ugly new era that may work well for the shareholders of the world, but not for the rest of us.

I was struck by a story that broke the same day Caterpillar Inc. shuttered its London, Ont., locomotive plant and headed to low-wage Indiana. The Wall Street Journal reported that U.S. corporate tax receipts, as a share of profits, had dropped to their lowest level in at least 40 years.

Lower taxes and lower wages: It's a one-two punch that has been hard to duck in the post-crisis period, and not because business is on the ropes. Like Caterpillar, the American business sector as a whole has been booking record profits.

Stubbornly high unemployment, talk of austerity and huge household debt levels have people worried, on both sides of the border, and some employers are using that fear to their advantage. Newly aggressive demands that workers give up income join the decades-old demands that governments give up revenue. The implicit deal is that lower taxes create more investment and competitive cost structures create more demand. Both supposedly create more (good-paying) jobs. Lower taxes, check. Lower payroll costs, check. More good-paying jobs here at home: Insert sound of crickets chirping.

According to the Congressional Budget Office, the effective tax rate on the business sector in the US -- federal corporate tax receipts as a share of domestic profits -- fell to 12.1 per cent by fiscal 2010-11. It had averaged 25.6 per cent between 1987 and 2008.

Here in Canada, federal taxes on profits had fallen to 16.6 per cent by fiscal 2010-11 after briefly dipping to 13.2 per cent in 2008, a level not seen since the Great Depression. (See chart) The long-term trajectory is headed towards effective corporate taxation rates of the Dirty Thirties.

Despite growth, there is no shortage of profitable firms telling workers they can keep their jobs only if they agree to get less.

In Quebec, Rio Tinto, whose record earnings reached $15.5-billion in the last year, wants to more than double its use of contractors -- who are paid at half the rate of union members -- to 27 per cent of the work force.

In B.C., Loblaw Cos. Ltd., with almost $40-billion in annual business and a huge jump in its latest quarterly profits, wants to slash wages at Extra Foods.

And in Fort Frances, Ont., Resolute Forest Products (aka Abitibi Bowater) seems to have the $71.5-million needed for an acquisition, while demanding workers take a $10-an-hour pay cut, give up vacation pay and start paying $180 a month for short-term disability.

These are blatant ways to redistribute income, but there are others, as well.

Some companies are " insourcing" low-wage workers, through temporary permits for foreign low- and higher-skilled jobs. Others are creating two- and three-tier work forces, the better to divide workers' interests. The use of temporary foreign workers has exploded since the onset of the recession, and two-tiering has become a routine management demand in collective bargaining.

Employers have told workers to suck it up before. After the free-trade deals of the 1980s and 1990s, companies moved Canadian jobs to lower-wage climates. In the 1930s, bosses fought unions to prevent costs from increasing. But you have to go all the way back to the 1880s and 1890s to see profitable firms -- running railroads and coal mines -- demand workers keep working for less so they could make more.

Today some companies in the advanced economies are trying to get workers to accept terms of employment that roll the clock back decades, simply to boost profits further. Costs of production in select job-starved markets are starting to close in on costs of production in emerging economies, once transportation and productivity concerns are factored in. Low-wage havens are found, and created, at home.

If memory serves, globalization was sold as an opportunity to export the First World economy and conditions, not import a Third World standard for workers.

In contest after contest, business is getting what it wants: lower taxes and lower wages. But their victories are just making it harder for families and communities to get on with their business.

The snatch-and-grab ethos that has emerged in the wake of the global economic crisis may fatten an individual corporation's bottom line; but if too many companies play this game, everyone but the giants are going to lose. 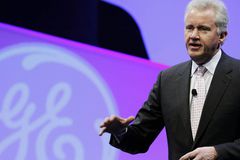 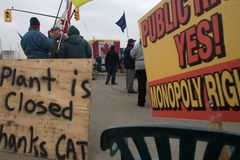 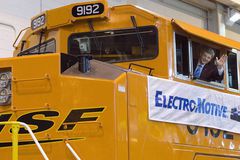