The European Commission will propose far-reaching powers for regulators to deal with failing banks on Wednesday, a step towards the banking union the European Central Bank has demanded to secure the euro's future.

But the proposal, which suggests closer coordination between countries and increased powers to force losses on to bondholders, is unlikely to take effect before 2014, too late for Spain, which could be forced to seek a Greek-style bailout if it cannot refinance its indebted lenders.

Even over the medium term, there are many hurdles to the banking union championed by ECB President Mario Draghi – a three-pillar plan for central monitoring of banks, a fund to wind-down big lenders and a pan-European deposit guarantee.

Germany has balked at signing up to a single European scheme that could see it shoulder the costs of a bank collapse in another country, and Britain fiercely resists any attempt by Brussels to impose EU controls over financial services, which account for almost a tenth of its economy.

"Everybody's energy right now should be focused on the current crisis," said Nicolas Veron of Brussels think tank Bruegel. "I'm not sure we can afford the luxury of thinking about a permanent framework when the houses are burning."

Daniel Gros of the Centre for European Policy Studies think tank said while it was in everyone's interest to prevent a repeat of the chaos that followed the collapse of U.S. investment bank Lehman Brothers, action was needed now.

"We need immediate decisions", he said. "We have a crisis on our hands."

The Commission's 156-page draft legislation, seen by Reuters, will suggest giving supervisors powers to "bail in" or force losses onto bondholders of a failing bank so that taxpayers are kept off the hook, and forge closer links between national back-up funds to wind up cross-border lenders.

The European Commission hopes that tighter links between individual wind-down schemes across the European Union will pave the way for a single resolution fund to close or salvage parts of a flagging bank, a key element of Mr. Draghi's vision.

The law would introduce what some officials describe as an insolvency regime for banks in the European Union.

It would also instruct countries to prepare for a bank collapse, collecting money through an annual levy on banks that would be used in an emergency to provide loans or guarantees.

But the impasse between the European Parliament and EU member states in negotiating a separate framework proposed by the Commission in 2010 for deposit guarantee schemes illustrates the obstacles to the creation of a wider banking union.

Peter Simon, a German lawmaker who led negotiations on behalf of the parliament with countries to broker compromise on the draft law, criticised EU states for wanting to cut the amount of funds kept to cover any sudden cash call by savers.

"France, Italy, Britain and Germany were not in favour of creating national funds big enough even to deal with a medium-sized crash," he said.

"We suggested that such funds have the equivalent of 1.5 per cent of covered deposits and they wanted 0.5 per cent. This kind of protection against future bank crises would be fake. It wouldn't even be enough to solve a crisis at a midget bank."

Mr. Simon is also sceptical about the prospects of creating a pan-European fund to wind down banks.

"There was little appetite to create pan-European funds," he said. "There would be mistrust among states in pursuing such cooperation."

Berlin is not in a hurry. A government paper seen by Reuters said Germany does not expect Europe to take any final decisions on strengthening economic policy coordination between member states until the spring of next year.

The Centre for European Policy Studies' Mr. Gros said only an acceleration of the crisis would prompt German Chancellor Angela Merkel into faster action.

"If it is a slow grind, where the German economy is not visibly affected, it will be hard for her to do that. It has to be so urgent that there is an emergency summit of leaders and that she returns home and says: 'there was no choice'." 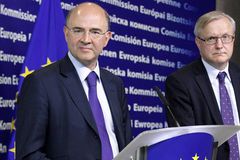 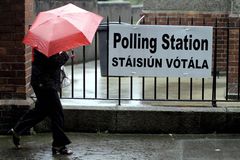 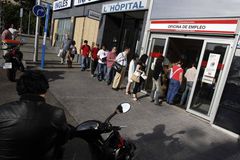 How to read between the lines of what Mark Carney has to say
June 3, 2012 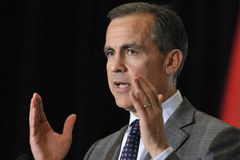 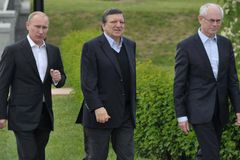 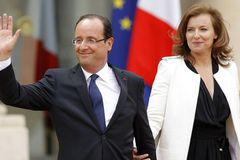