It's going to be a busy first meeting Janet Yellen in her new position as head of the Federal Reserve's policy committee.

Among the first items of business this week could be whether the U.S. central bank needs to respond in any way to developments in Ukraine.

A Sunday referendum in Crimea could induce anxiety in global financial markets. U.S. President Barack Obama, German Chancellor Angela Merkel and other leaders called on Russian President Vladimir Putin to use his influence to stop the referendum.

Western powers will be left with little choice but to follow through on their threats of trade and financial sanctions. The uncertainty could threaten financial stability, and prompt the Fed to act. Whether that will be necessary will become clearer when officials gather for their two-day meeting in Washington on Tuesday.

At any other time, the Fed's regular business would be the primary focus of traders and investors. Ms. Yellen, who took over as chair a few days after Ben Bernanke ran his last meeting of the Federal Open Market Committee at the end of January, quite likely will set the U.S. central bank on a new path.

Policy makers will leave the benchmark rate at zero, they most likely will shave their asset-purchase program – also known as quantitative easing, or QE – by another $10-billion (U.S.), dropping the total monthly buying to $55-billion. Indicators suggest the economy is growing at about the pace that the Fed thought it would in January. There have been disappointments, but those probably were related mostly to exceptionally frigid and snow weather.

But that's the present. What will dominate discussion at the policy meeting will be the future – and more specifically, how to describe the way the Fed will react to it.

While QE gets most of the attention, the more innovative – and less-tested – of the Fed's responses to the financial crisis is its decision to state explicitly its policy intentions. In normal times, central bankers prefer a bit of mystery: It leaves them with options if the world doesn't unfold as their models predict.

But with the world in chaos, Mr. Bernanke and his colleagues at the Fed decided they could inspire confidence by telling executives, households and investors exactly how long they intended to keep interest rates low. After some adjustment, the Fed settled on guidance that it would leave the benchmark interest rate unchanged at least until the unemployment rate dropped to 6.5 per cent.

That seemed like a safe target. According to Kevin Logan, chief U.S. economist at HSBC, when the U.S. unemployment rate has been higher than 6.5 per cent, inflation always has been falling. Under that threshold, the historical inflation data are more variable. So for a central bank with an inflation target, 6.5 per cent was a good marker.

But the unemployment rate has fallen far faster than anyone at the central bank expected. The jobless rate was 6.7 per cent in February, even though economic growth can at best be described as modest.

In some of its more recent policy statements, the Fed has said it won't change course on policy until the unemployment rate falls "well past" 6.5 per cent. But few market participants seem convinced by this modification. Professional Fed watchers essentially are universal in their prediction that the Fed will replace its "quantitative" guidance with a more "qualitative" description of when it plans to raise interest rates.

This is a positive development. The explicit guidance was an extraordinary response to extraordinary times. A step away from that implies the U.S. economy is getting back to normal.

But it also means that the Fed is about to become a little trickier to read. The minutes of the January policy meeting show that policy makers were far from consensus on how to communicate to the public. Since the unemployment rate isn't sending a clear signal, it's possible the Fed will lay out the other indicators it will be watching to get a read on the economy. These could include rates of longer-term unemployment and wage inflation. The one thing that is clear is there will be a lot of room for interpretation. 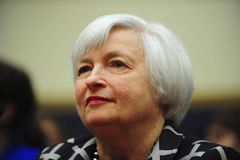