Finance Minister Jim Flaherty is warning that slower economic growth will deliver a "significant" hit to federal revenues, but he won't back down from the Conservative government's pledge to balance the books by 2015.

On Friday, economists who met with Mr. Flaherty in Ottawa said they had lowered their forecasts for economic growth since they last met with the Finance Minister, in November. The government did not release their average forecast, which will underpin the 2013 federal budget numbers. However, several economists said they are now projecting 2013 GDP growth will be less than 2 per cent – down significantly from last March, when the average forecast was for 2.4 per cent real GDP growth in 2013 and 2.4 per cent in 2014.

"How much of a kick are we going to take on the revenue side because of lower nominal GDP? Significant. It's significant," Mr. Flaherty said. "We will manage it. The key is looking forward to the next two years and making sure that we stay on track to balance the budget in 2015-16. There are a number of measures we can take to do that, and you'll see them in the budget."

With a hit on finances, Mr. Flaherty signalled there would be deeper cuts and little new spending in the next budget. But the minister said he also wants to squeeze more money out of tax cheats.

"People shouldn't be hiding money from the Government of Canada. Some people do that offshore," he said. "And sometimes it makes sense to invest more resources for example in the Canada Revenue Agency so that we are better at policing the minority of Canadians who do not pay their fair share. So we're looking at that side of it."

The minister's comments also underscore growing signs that the budget will include a heavy emphasis on changing Ottawa's approach to skills training.

Mr. Flaherty also put provinces on notice that the 2013 federal budget will call for stronger accountability over the more than $2-billion a year Ottawa transfers to them for skills training.

The Finance Minister said these programs are best delivered by the provinces and ruled out any spending cuts when it comes to training Canadians to fill available jobs.

"There's no question that the delivery of those kinds of services generally are better placed with the provinces and territories. What we are looking at though is outcomes. Are we seeing the kind of employment outcomes that we expected to see? What is the degree of accountability?" Mr. Flaherty said.

The remarks suggest Ottawa would like to renegotiate the terms of existing Labour Market Development Agreements, which are signed with each province and outline requirements tied to an annual transfer of nearly $2-billion from Ottawa under the employment insurance program. There are also agreements with the provinces worth a combined $500-million a year that cover training for workers who do not qualify for EI.

Economists who spoke after meeting with Mr. Flaherty noted that while growth projections for 2013 have been revised downward, growth will pick up in 2014.

"We need the rest of the world to be growing faster to push business investment spending in areas like resources," said Avery Shenfeld, chief economist for CIBC World Markets. "If [economic growth] picks up as many of us expect it to, then I think Canada will in fact be able to continue on that path to a balanced budget."

RBC chief economist Craig Wright agreed that Ottawa can still erase the deficit by 2015. He noted that Ottawa is only cutting back on the rate of growth in spending, which won't hurt the economy.

"Each and every year, government spending is still going up," he said. "It's just going up at a slower pace, so that to me doesn't give us worries for growth prospects."

Mr. Flaherty also said the government has not yet decided on a date for the budget, which is expected within weeks. 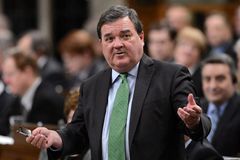 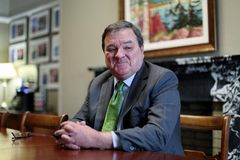