When WestJet Airlines entered the market in 1996, its mid-size planes servicing smaller communities filled a gap in the travel industry. Now a B.C.-based company is taking that same model and applying it to the transit sector.

Grande West Transportation International Ltd. has developed a new bus called the Vicinity. Available at both 30 and 35 feet long, and seating 46 and 55 passengers, respectively, it's smaller than standard buses, which are typically 40 feet in length and seat 65 people. The smaller models cost less to make, burn less fuel and emit fewer harmful emissions, the company says.

In 2008, two transit agencies, BC Transit and OC Transpo in Ottawa, put out a request for information for heavy-duty, mid-size buses. No major bus makers were interested, Mr. Trainer says, or they had long backlogs of orders.

That's when Mr. Trainer and others launched Grande West. The new company entered a strategic partnership with BC Transit and tailored its proposed vehicles to the agency's needs.

"They gave us the information of what they really wanted to bring the product to life," Mr. Trainer says. "For that reason, we've made good traction with them."

Grande West, which is based in Aldergrove, B.C., began designing, manufacturing and testing. Canadian sales began in 2013, and its buses are running today in places such as Dawson Creek, B.C., to Digby, N.S. The company entered the U.S. market in 2015.

This year alone, the company expects to ship 32 buses, producing about $10-million in revenue. It has secured contracts with the cities of Edmonton and Saskatoon as well as the Hartsfield-Jackson Atlanta International Airport, one of the busiest in the world.

For 2017, Grande West is predicting 500 per cent growth year over year, with orders for 173 vehicles. It expects to be profitable beginning in the first quarter.

Its buses seem to hold promise in a time of economic uncertainty. Public transit bodies and private bus operators are feeling pressure to "right size" their fleets to cope with an aging population, rising costs, tight government budgets and high customer expectations.

"If you want to make transit popular and user-friendly, you've really got to take it to the source, take it to where the neighbourhoods are," Mr. Trainer adds. Smaller, van-style vehicles are costly to operate. "What the market wanted is a small bus that can get into the communities at a favourable return to the taxpayers.

"We designed this bus to be very nimble; it can get into traffic circles, drive down your street and go in your driveway, back up and come out. You just can't find a standard city bus doing that."

The Vicinity costs $400,000, compared with $550,000 for a larger bus. It is lighter and uses a smaller engine, so its fuel costs and emissions are lower. New models will have the ability to use compressed natural gas, which will further reduce the carbon footprint. Maintenance costs are lower as well, Mr. Trainer adds.

The buses are manufactured in B.C., and the company has 22 employees.

Michael Roschlau, former CEO of the Canadian Urban Transit Association and a strategic adviser to Grande West, says that while standard buses are ideal for high-volume routes, they're less effective during non-peak periods when they carry fewer passengers. Service frequency builds ridership better than spatial coverage, he says, and that's where smaller buses are useful.

"In small communities, you want to provide an attractive service, and running a bus every half-hour or every hour is not the most attractive service; you're planning your life around when the bus comes," Mr. Roschlau says. "It's better to have fewer bus routes that run more frequently."

While mid-size buses appear to have found a niche, the demand may eventually be affected by advancing technology.

Paul Godsmark, co-founder of the Canadian Automated Vehicles Centre of Excellence, says the future of transport looks quite different than what we're used to today.

"We are facing in the near future a complete disruption in transportation" because of autonomous, or driverless, vehicles he says. "The big tech companies and autonomous-vehicle developers are eyeing this market saying, 'We can do better than that.'"

The shift to autonomous vehicles could start as soon as five years from now, he says; Ford Motor Co. claims it will be producing them for ride-sharing by 2021.

The transportation services of Uber will also play a bigger role in transporting small groups of people on peripheral routes.

"If I'm a bus company, this clearly has implications on my business model," Mr. Godsmark says. "Bus makers will need to adapt to this future world if they're going to stay in business." 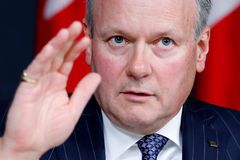 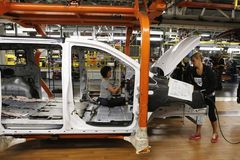 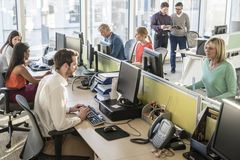