The fortunes of Canadian businesses continue to splinter along the commodities fault line – with many suffering, but others reaping the benefits of cheaper dollar and higher exports.

The net effect is that the overall mood is "subdued" as the two sides of the Canadian economy pull in opposite directions, according to the Bank of Canada's latest quarterly Business Outlook Survey, released on Friday.

The report suggests the unexpected 0.6-per-cent burst in GDP growth in January may not be sustainable. "The positive impetus coming from sustained foreign demand continues to be largely offset by the persistent drag and spillovers from the oil price shock," the central bank said in the report, which is based on interviews with 100 executives of companies that roughly represent the breadth of the Canadian economy. "Firms' perspectives continue to diverge sharply, depending on whether they are tied to the commodity sector and on their exposure to foreign demand."

The report also bolsters the case for keeping the Bank of Canada's key interest rate at the ultralow level of 0.5 per cent for some time in the face of a slow-growth economy, Toronto-Dominion Bank economist Brian DePratto said in a research note. "The Bank of Canada views the adjustment process as just getting under way, and likely to stretch over multiple years," he said.

Prospects for future sales, investment and hiring all improved markedly. On the other hand, more respondents than not reported weaker sales in the past 12 months and fewer companies say they are facing labour shortages.

Over all, the bank said there is "substantial and persistent labour slack" across all sectors of the economy.

One notable bright spot: A majority of respondents say they are seeing "tangible benefits" from the low dollar, including better margins and market share gains in export markets. While many companies are taking a "wait-and-see" approach to the low-dollar environment, others are pivoting to take advantage of the currency – by targeting new markets, focusing more on lower-cost Canadian operations and replacing imported supplies with Canadian ones.

But economic prospects vary widely across Canada, with Ontario and British Columbia doing well, and the main energy-producing provinces in retreat.

The responses – on sales, hiring and investment – vary widely, depending on the extent of companies' exposure to oil and other commodities, according to the bank. For example, companies outside the commodities sector report "sustained foreign demand and gains in competitiveness" owing to the lower dollar, now worth slightly less than 77 cents (U.S.). Many of these, particularly in tourism and high technology, plan to boost investments to meet "solid" foreign demand.

The split personality of Canada's economy isn't likely to dissipate any time soon. In a speech this week, Bank of Canada deputy governor Lynn Patterson said it will take "longer than two years," or beyond 2017, before the economy fully adjusts to the commodities shock. The drag is taking an average of $1,800 a year out of the pockets of every Canadian, according to bank estimates.

A separate survey of senior loan officers, also released Friday, found that business lending conditions "continued to tighten slightly," concentrated in the energy and mining sectors, and the Alberta real estate sector. Among the key findings of the business survey, conducted between Feb. 11 and March 7: 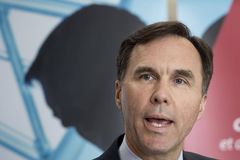 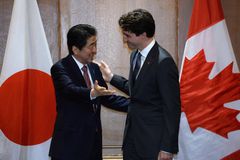