Canada can't live off its resource wealth forever and must get serious about chronically lagging productivity and innovation, says the Organization for Economic Co-operation and Development.

The Paris-based OECD gives Canada high marks for navigating through the tough global economy of the past few years in its annual country review, released today in Ottawa.

But the longer-term outlook isn't good unless the country does something about stagnant productivity growth, the OECD says.

"Canada is blessed with abundant natural resources, but it needs to do more to develop other sectors of the economy if it is to maintain a high level of employment and equitable distribution of the fruits of growth," said Peter Jarrett, head of the OECD's Canada division and one of the authors of the study.

The OECD said it expects the Canadian economy to grow 2.25 per cent this year and 2.5 per cent in 2013. That's a shade more optimistic than the Bloomberg consensus of private-sector economists (2.2 per cent and 2.3 per cent) and projections contained in the federal government's March budget (2.1 per cent and 2.4 per cent).

Revisiting a key theme of previous reports, the OECD also highlighted the vulnerability of Canadians to a collapse in real estate prices. But the agency said signs of a bubble so far seem to be confined to the Toronto and Vancouver condo markets and household debt levels appear manageable.

But the 128-page report's main focus is productivity and innovation policy. The OECD pointed out that while per capita incomes are growing, productivity has stagnated for decades, and has actually declined since 2002.

Canada's productivity and innovation conundrum isn't a new theme for Canada. Those challenges were at the heart of last year's federal task force report on research and development policies, chaired by Open text Corp. chairman Tom Jenkins. Ottawa moved to address several of the report's recommendations in its March 29 budget.

But the OECD says Ottawa may be headed in the wrong direction with some of its planned changes.

The budget initiated changes to the country's flagship R&D program -- the $3.5-billion-a-year Scientific Research and Experimental development tax credit program. The changes include a reduction in the rate to 15 per cent from 20 per cent in 2014 for large companies and the removal of capital from qualifying expenses.

Instead, the report said Ottawa should consider cutting the much more favourable 35 per cent rate for small privately owned businesses so that all sizes of companies are treated equally. It also said capital costs -- such as machinery, computers or buildings -- should continue to qualify.

Canadian businesses spend proportionately less on R&D that their peers in most other developed countries at 1 per cent of GDP. That compares to 2 per cent in the U.S. and 2.5 per cent in Japan, South Korea and most of the Scandinavian countries. Like the Jenkins report, the OECD urges Ottawa to cut the preferential R&D tax break for small companies.

The report also says the government should open up "network industries," such as mobile phones and broadband, to more foreign competition and to reduce barriers to the free movement of profession between provinces.

And in a veiled swipe at Quebec, where student protests against tuition fee hikes are still raging, the OECD said provinces with "constrained public finances" should "evaluate whether tuition policies undermine institutional quality and competitiveness." Low tuition fees have left many Quebec universities chronically underfunded. 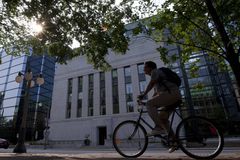 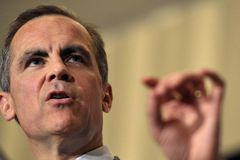 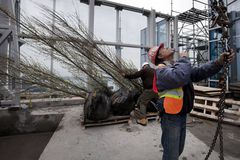 Current account deficit: Keep it small and carry on
May 31, 2012 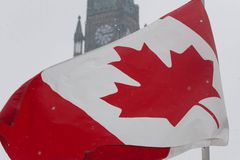