Predicting what the Canadian economy will look like in 25 years is no easy task.

Consider that a quarter-century ago, the World Wide Web was launched to little fanfare. The ensuing technological, social and political revolution, however, transformed the globe in less than a decade.

What will be the next big leap forward? It's anyone's guess – as is how such a development might transform the Canadian economy.

A few trends that might signal a direction for the future are a tax on carbon and investment in renewable energies. Or the billions of dollars being poured into health care to help address the needs of an aging population. Those investments are being made as governments face headwinds of slow growth and increased foreign competition due to quickening globalization.

Even so, experts are optimistic about the potential for Canadian businesses to tap new opportunities at home and abroad. To predict how that could unfold, we asked five prominent business voices to predict how Canada's economy might function in 2041.

Much has been written about Canada's need to be more competitive and innovative to compete on the global stage.

Canada ranked 16th on the Global Innovation Index for 2015, a yearly list produced by Cornell University, INSEAD and the World Intellectual Property Organization. Switzerland led the list, followed by Britain and Sweden.

It was an unremarkable showing for a country that hopes to spur innovation-driven growth in the decades ahead.

Improving innovation starts by building the right work force, says Gilles Patry, president and chief executive officer of the Ottawa-based Canada Foundation for Innovation (CFI). "[We need] to give young people the skills to be creative, innovative and adaptable to change."

He predicts young Canadians will focus less on finding a job and more on creating one, perhaps in growth areas such as personalized medicine – fuelled by advancements in genomics and nanotechnology – or quantum computing or renewable energy.

Agencies such as CFI will continue to play a major role in funding that innovation, but Dr. Patry stresses that efforts must be made now if Canada is to remain competitive in 25 years. "You need to develop a sense of urgency, because if we don't sense the need to innovate, someone will do it in our place."

It's clear that Canadians have become avid online shoppers. We spent $136-billion on goods and services online in 2014, an increase from $122-billion the year before, according to the latest figures from Statistics Canada.

That trend will only gain momentum in the next 25 years, predicts Mark Satov, founder of Toronto-based consumer research firm Satov Consultants Inc. Purchasing will become increasingly tech-enabled as retailers and service providers use ever-growing troves of client data to hone their customer service experience.

Customers used to rely on humans for all of their needs, Mr. Satov says. "Now you'll only need humans to deal with people on high-value transactions where there's some need to share advice or provide a great experience. You'll need fewer humans, but you'll invest more in them."

That means greater transparency for consumers and businesses, as well as highly customized product and service experiences.

"What we've seen in service, and will continue to see, is the importance of people that are experts in collecting data," Mr. Satov notes.

For Som Seif, president and CEO of Toronto's Purpose Investments Inc., the next 25 years will see a major shift in portfolio priorities.

He predicts that individual and institutional investors such as pension funds will invest in knowledge-based technology or service firms, likely over traditional blue-chip natural resource and manufacturing companies.

That will result in a continued flow of investment away from traditionally labour intensive, blue collar industries – a move that could ignite socio-economic tensions.

"To stay relevant as a labour force, we need a smarter and more knowledgeable group of individuals," he says. "This is a massive issue because politically, a lot of our industries are very labour intensive and many voters are labourers.

Mr. Seif isn't writing off traditional industries – quite the contrary. Many of us will still invest in agriculture, he says, but we will focus more on companies in agricultural productivity or nutrition.

High-tech sectors such as pharmaceuticals and biotechnology will provide immense opportunities for Canadian investors as Western countries struggle to meet the needs of their aging populations.

Another growth opportunity that investors should keep on their radar is water, according to Mr. Seif. "I think we can increase investment opportunities in clean technology and supporting global access to clean water."

Conference Board of Canada chief economist Glen Hodgson is even more direct with his predictions of a decline in Canadian manufacturing.

"We're already a 70-per-cent service economy and that's only going to grow," he says. "I can't see a compelling reason why we'd have manufacturing as a growth segment of our economy. We'll probably only make things in Canada that have a really high-tech component. But I can see a future in providing high-end services to people."

Indeed, in a recent Conference Board report, Mr. Hodgson predicted that in the coming decades most Canadians with postsecondary education will work in high-value service industries such as telecommunications, health care, professional and financial services, scientific research and IT.

He believes that our workplaces will also become more automated, and that the entire middle-management tier might become a thing of the past, thanks to the automation of administrative work.

"We'll have to find ways to deal with those affected by technological change," Mr. Hodgson warns.

In Ms. Stephens' view, growth for small and medium-sized businesses over the next quarter-century will be propelled by economic diversification away from traditional industries such as manufacturing. Maintenance of a business-friendly tax environment will help catalyze innovation, she predicts.

Employers must also be able to attract highly qualified workers from overseas.

"We must nurture the ability to welcome skilled immigrants," she says. "Industry must embrace new Canadians in order to be successful and make a lasting and positive impact for years to come." 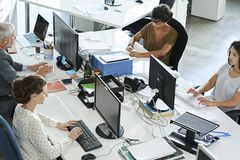 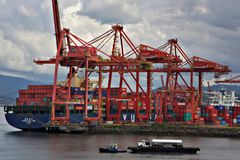 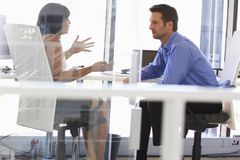 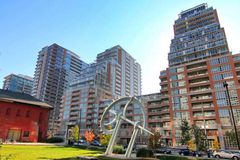 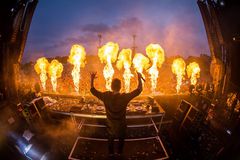