The Canadian economy posted its second straight month of impressive growth in July, strengthening the case that the country's economic fortunes have turned a corner following a trying first half of the year.

Statistics Canada reported that Canada's real gross domestic product grew by 0.34 per cent month-over-month in July, building on the 0.44-per-cent growth posted in June. The two-month upturn marks a sharp reversal from the first five months of the year, when the economy contracted each month, bogged down by the impact of the oil shock and an unusually harsh winter. After a cumulative GDP decline of 0.9 per cent over the first five months of 2015, the economy has now rebounded by nearly 0.8 per cent over the past two months of data.

"After a growth stumble in the first part of the year, the Canadian economy appears to be picking itself back up," said CIBC economist Nick Exarhos in a research note.

The July result topped economists' consensus estimate of 0.2 per cent. However, Statscan did revise its June growth estimate down slightly, from an originally reported 0.5 per cent. Still, the solid July result bolstered confidence that the third quarter of the year is on track for a strong rebound in growth, after the economy contracted at an annualized rate of 0.5 per cent in the second quarter and 0.8 per cent in the first quarter.

Economists now believe third-quarter GDP is on track for annualized growth of between 2.5 and 3 per cent, well above the 1.5 per cent that the Bank of Canada projected in its most recent forecast in mid-July.

"This rebound from the weak growth over the first half of the year reflects in large part strengthening exports and consumer spending starting to more than offset continued declines in energy investment," said Royal Bank of Canada assistant chief economist Paul Ferley in a research report.

July's growth was led by a 2.9-per-cent jump in mining and oil and gas extraction, adding to the 2.6-per-cent growth in June that had snapped a seven-month streak of declines. The oil and gas segment surged 9.1 per cent, mainly owing to a recovery in oil sands output, which continued to come back after being slowed by maintenance shutdowns and production glitches over the spring.

The manufacturing sector was also a major contributor to July's GDP gains, posting its second consecutive 0.6-per-cent monthly increase. Much of the gain was driven by the motor vehicles segment, as auto makers shortened their usual seasonal maintenance downtime in order to feed strong demand in the U.S. market. But with the autos segment now having bounced back strongly in the past two months from the maintenance and retooling shutdowns, experts cautioned that the manufacturing sector may be due for a pause from the brisk early-summer pace.

"Considering the subsequent decline in activity at U.S. auto assemblies, factory gains may not extend to August," said National Bank of Canada senior economist Krishen Rangasamy in a research note.

But while economists doubted whether the goods-producing side of the economy could sustain its strong growth of the past two months (up 0.8 per cent in July and 0.7 per cent in June), they expressed optimism over the services side of the economy, which continued its trend of steady growth. Services industries rose 0.2 per cent in July, the sixth consecutive month of expansion. In particular, they said, that bodes well for job growth, which has remained resilient this year despite the stumbles in economic growth in the first half.

"The solid growth of the labour-intensive services sector over the last year is a sign that the Canadian labour market is holding up better than Canadian output in 2015," said Bill Adams, senior international economist at PNC Financial Services Group.

Finance Minister Joe Oliver, speaking from his campaign office in Toronto, held the July GDP report up as evidence that the Canadian economy is back on track.

"What it signals is clearly we are on the move. Our economy is growing," he said. "Canada is going to have solid, strong growth in the second half of the year and experience positive growth for the full year."

But economists cautioned that a significant portion of the July gain reflects a bounce-back in activity to more normal levels after some temporary slowdowns in the first half of the year, and particularly from the downtime in auto and oil sands production. As a result, that pace of growth could prove hard to sustain in the final few months of the year once these rebound effects wane – especially given the still-uneven nature of the economy's fragile recovery.

"Nine of 19 non-oil sectors had zero or negative growth in July," said economist Jim Stanford of Unifor, Canada's biggest private-sector trade union. "The strong headline number was all about oil rebounding from spring problems, and that cannot continue in subsequent months." 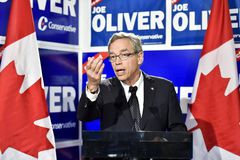 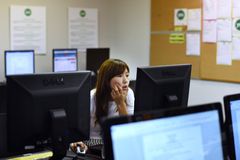 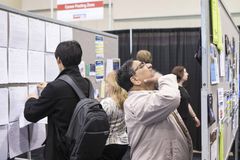 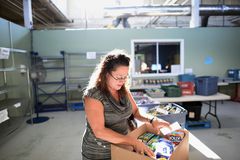 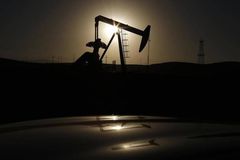