The Federal Reserve is tilting toward further economic stimulus, boosting expectations that the U.S. central bank will flush the financial system with hundreds of billions of dollars before the end of the year.

Minutes of the Fed's latest policy meeting, released Wednesday, revealed that a "few" of the 17 members of the Federal Open Market Committee (FOMC) favoured immediate action to spark economic growth, while "several" others were prepared to back new measures if the economy lost momentum.

The shift occurred at the June 19-20 meeting of the FOMC, a gathering where policy makers significantly lowered their forecasts for economic growth through 2013 and extended a stimulus measure that was due to expire. At the previous policy gathering in April, most of the Fed's leaders appeared content on the sidelines.

Economic conditions in the United States are deteriorating. American employers added an average of 75,000 jobs a month in the second quarter, a pace that is barely fast enough to keep up with natural changes in the labour force; as a result, the unemployment rate is stuck above 8 per cent, well in excess of the Fed's unofficial goal of about 5.5 per cent.

The minutes add context to Fed chairman Ben Bernanke's pledge after the June meeting to do whatever it takes to lower the unemployment rate. In the weeks since, economic data have remained weak and stock markets have tumbled. Many Wall Street economists predict the Fed will deploy a third round of quantitative easing, or QE3, a policy that seeks to lower interest rates by creating money to purchase financial assets.

"Despite last month's downgrade, the Fed is still too optimistic on the outlook," Paul Edelstein, director of financial economics at research firm IHS Global Insight, said in an analysis of the Fed minutes. "This will be the trigger for another round of bond purchases."

Mr. Edelstein said the Fed likely will wait until another couple of months to confirm the economic decline is persistent, and then opt to purchase mortgage-backed securities of $500-billion. Economists at Royal Bank of Canada, Merrill Lynch and Capital Economics were among the others who said Wednesday that QE3 is now more likely.

Some didn't see it that way. Stock markets fell sharply after the Fed released the minutes, a move that appeared to be related to disappointment that support for new stimulus measures wasn't more broadly held. Equities then reversed course in the final hour of trading. The Standard & Poor's 500 index and the Dow Jones industrial index both closed little changed.

The indecision of traders Wednesday reflects considerable confusion about the prospects for the U.S. economy. Policy makers acknowledged that their outlooks are clouded by an "unusually high" level of uncertainty. The Fed cited the European debt crisis, a year-end double whammy of tax increases and spending cuts in Washington, and China's economic deceleration as its biggest concerns. Any of those factors could improve quickly with decisive political action, just as they could remain drags on growth if nothing changes.

There are also fresh signs of doubts at the Fed about the ability of monetary policy to make a significant difference at this stage.

Even as the stimulus camp at the Fed appeared to grow, the minutes for the first time reflected unease over whether the central bank's bond buying might be harming financial markets. According to the minutes, a "few" FOMC members expressed a desire to better understand how much purchasing the Fed could do without causing "meaningful deterioration" in the proper function of securities markets, and whether such an outcome would harm economic growth. 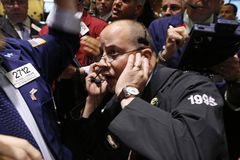 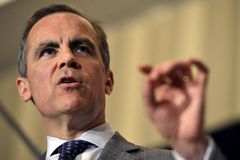 Global slowdown hits U.S. factories
July 2, 2012
Follow Kevin Carmichael on Twitter @CarmichaelKevin
Report an error Editorial code of conduct
Due to technical reasons, we have temporarily removed commenting from our articles. We hope to have this fixed soon. Thank you for your patience. If you are looking to give feedback on our new site, please send it along to feedback@globeandmail.com. If you want to write a letter to the editor, please forward to letters@globeandmail.com.
Comments