Canadian consumers and businesses hunkered down in the first quarter of the year, a trend that could persist as heavy household debt and the escalating euro crisis threaten to spur these key sources of growth to pull back even more.

Statistics Canada releases gross domestic product figures for January through March on Friday, and analysts expect an underwhelming annual growth rate of about 1.9 per cent, amid what many say was likely the weakest growth in domestic spending since the recession. Without decent performances by exports (possibly short-lived, given the global backdrop) and housing (which carries risks, given worries about Toronto's condo market), the economy would have grown even less.

The hope is that households will be buoyed in the coming quarters by a resurgent labour market, and that a rebound in factory shipments in March points to companies' ability to profit from an improving U.S. economy despite Europe's troubles and slower-than expected growth in China. But the fear is that a deepening euro crisis could tip Canada's chief export market into perilous territory, which would pour more cold water on consumers and businesses.

"Consumer spending is likely to continue to slow, growing at a modest pace, so there's not much to be terribly optimistic about domestically," said Benjamin Reitzes, a senior economist at BMO Nesbitt Burns. "And the news overseas just has not been good for I don't even know how long. Right now, there's no real impetus for businesses to be extraordinarily optimistic and go out there and spend."

The Bank of Canada last month said the economy would grow at an annual rate of 2.5 per cent in each of the first two quarters, slowing ever so slightly in the July-to-September period to a 2.4-per-cent pace before returning to 2.5 per cent in the final three months. Economists, though, are increasingly of the view that those projections will prove too optimistic, which helps explain why markets now doubt Governor Mark Carney will raise interest rates this year.

Meanwhile, at a press conference in Oshawa, Ont., last Friday, Finance Minister Jim Flaherty was asked if he thought Europe's troubles could spark another recession here.

His response was that he sees no sign of "anything like" a downturn on the horizon, just "continued modest growth" in both Canada and the United States. Anyone watching Canada's frothy housing market and recent hiring surge would probably agree with that answer, but the fact he was asked the question shows the level of euro-fuelled anxiety.

Outside of a worst-case scenario – Greece not only quits the euro, but in doing so inspires bank runs and panic in other debt-strapped countries like Spain, Portugal, Ireland and Italy – most analysts say the Canadian economy won't be affected dramatically, and could still grow 2 per cent or a bit more this year.

Still, many also worry about the prospect of an ever-worsening crisis that shatters business and consumer confidence everywhere, including in Canada, possibly causing job losses and a precipitous drop in real estate values at a time when so many households are vulnerable.

"The difficulty here is seeing where the risks will ultimately fall," said Francis Fong, an economist with Toronto-Dominion Bank. "Our base forecast is Greece falls into trouble but there's enough backstopping on the part of European policy makers, the [European Central Bank]and the [International Monetary Fund]to allow them to hobble their way through the crisis, and Canada's only going to be slightly impacted. That being said, the risks are huge." 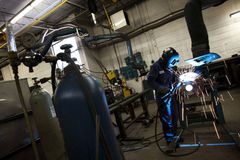 Canadians getting the message on debt load, Carney says
May 8, 2018 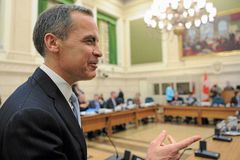 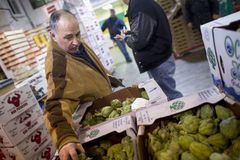 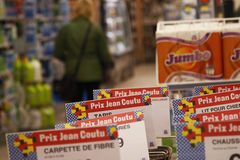 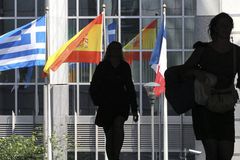