Once a vibrant high street running through one of Edmonton's oldest neighbourhoods, Alberta Avenue had become synonymous with crime. Out-of-business shops were vacant and residences had fallen into disrepair.

In the neighbourhood's back alleys, broken electronics, unwanted couches and rotting mattresses collected. "People would drive from all over the city to dump their garbage here," says 17-year resident Christy Morin. Such open displays of disregard for a place encourage crime, a principle New York City made famous when it successfully curtailed crime in its subway system by cracking down on graffiti in the mid-1980s.

A solution to Alberta Avenue's dumping problem came from an unexpected source – not a municipal employee or the planning department or a police officer, but from an artist.

One day, Ms. Morin came upon an online video by the semi-anonymous French graffiti artist JR, who won the 2011 TED Talk Prize for his work illegally posting huge portraits in cities in Europe, Africa, the Middle East and South America. His projects don't typically carry an explicit message, but aim to provoke by reflecting real-world images back at the street. In 2007, for example, JR posted pairs of close-up photographs of Israelis and Palestinians who held the same job on walls in eight Israeli and Palestinian cities. People could rarely identify which subject was the Israeli and which the Palestinian.

Could conducting an art project in Edmonton's alleys have an impact, wondered Ms. Morin, an artist herself who founded a non-profit group called Arts on the Ave. She approached Sgt. Steve Sharpe, who had been a photojournalist before joining the police force, and the project "Eyes on the Alley" was born.

Mr. Sharpe photographed local residents and posted huge prints of their eyes on dumpsters. "Steve's photographs are beautiful," says Ms. Morin. "They communicate so much more than simply putting up a sign threatening fines for dumping."

The project wasn't only about reclaiming and beautifying space to combat dumping. "It also built relationships," Ms. Morin explains. "People in the neighbourhood saw the police not only in the role of enforcer but also as creator." Dumping and calls to the city for service in the alley declined.

For Ms. Morin, the success of the project is an illustration of what creative skills can achieve when brought into typically non-artistic venues, like government bureaucracies. "We usually only tap into our creativity, whether it's musical talent, or visual arts or whatever, in our private lives at home. We need to ask people to bring their art into their workplaces." The Edmonton Arts Council and police department have since discussed creating an artist-in-residence position within the force, although plans are in very early stages.

Bringing artistic thinking into bureaucratic organizations isn't a new idea. Mierle Laderman Ukeles has been an artist-in-residence in the Department of Sanitation of NYC for decades. Since Mr. Obama was elected president in 2009, U.S. government departments have been encouraged to seek out artistic perspectives, as is evidenced by the recent popularity of the design and innovation firm IDEO in Washington. Despite its artsy, unscientific approach, IDEO has been asked to tackle issues as varied (and stodgy) as how to get more people to apply for retirement benefits online and how the Consumer Financial Protection Bureau can better meet public needs.

In a similar spirit, a few years ago Vancouver city council added an artist to the urban design panel that considers all new developments, according to councillor Heather Deal. "The more organizations can invite, welcome and reward creative thinking, the more ideas will start to bubble up," she says. "Ideas should also be welcomed from outside. You can't keep doing the same things in the same way and expect to survive. Resilience depends on diversity." 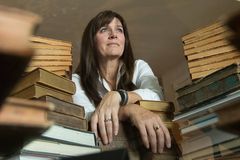 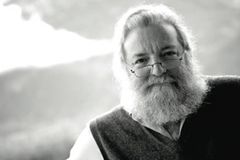 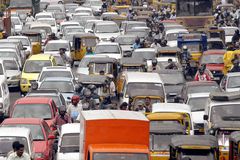