Companies that fail to capitalize on the skills of new immigrants are aggravating Canada's productivity woes by erecting employment barriers that hamper innovation and economic growth.

And if foreign-born workers continue to experience the promise of prosperity as hollow, this country risks losing the growing global war for talent as Brand Canada is tarnished abroad.

Those are the main findings of a new report, to be released Tuesday, by Deloitte. The study adds to a growing body of research warning that Canadian living standards are being threatened by outdated hiring practices that hamper business growth.

"We're losing out," said Jane Allen, partner and chief diversity officer at Deloitte. "We're making our productivity situation worse by not capitalizing on the skills that new immigrants are bringing."

Canada's labour productivity – a measure of what the economy produces in each hour of work – is often criticized for lagging that of other industrialized countries. It has increased by an average annual rate of 0.5 per cent since early 2005 versus 2.1 per cent in the United States.

The report found that companies are wary of hiring highly educated immigrants due to perceived "risks" including lengthy immigration approvals processes and other more intangible concerns over cultural fit.

"People like to hire people that are like themselves. And often times they will, wittingly or not, set the bar higher for immigrants than they would for local people regarding language or Canadian experience," said Ms. Allen.

That leads to biases in recruitment that enable companies to cite a lack of Canadian experience as "an excuse not to hire immigrants," she added.

While some professional associations have started streamlining the recognition of foreign credentials, much work lies ahead since there are more than 440 regulatory bodies in Canada. As a result, Deloitte found there is a growing fear among progressive companies that Canada is going to lose workers to other countries if these systemic problems are not corrected.

Some companies, however, are finding innovative ways to tap the latent pool of foreign workers without breaching the rules. Toronto-based Medical DataBanks, which manages clinical research programs for drug development, hires foreign-trained doctors, pharmacists and nurses to fill research and administrative positions.

"I've had doctors working for me in this capacity from all around the world, and they will deal with certain scientific, medical-safety issues," said founder Peter Feldman. "It is all as compatible quality-wise to what I would get from a local Canadian doctor, but I can't get a local Canadian doctor – they don't have the time."

While those professionals are prohibited from delivering medical services in Canada without accreditation, their previous work experience can be applied to clinical research. Moreover, most of those candidates possess strong written English skills that make it easy for them to handle the reams of written documentation required for clinical research.

Gordon McCauley, president and chief executive officer, argues the recognition of foreign credentials is being hampered by an overly zealous testing process: "I think that is more about economic protectionism."

Nonetheless, the underemployment of highly skilled immigrants is proving to be a persistent problem. In 2010, the unemployment rate averaged 7.5 per cent for native-born Canadians and 15.8 per cent for new immigrants (people who have been in the country for five years or less), according to Statistics Canada. 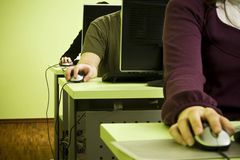