When Sophie Grégoire Trudeau wore a white coat to her husband’s swearing-in ceremony at Rideau Hall in the fall, Bojana Sentaler was watching on TV, and she couldn’t believe her eyes.

As the designer and creative director of Sentaler, the luxury outwear company she founded in Toronto in 2009, she had made the baby alpaca coat whose signature ribbed sleeve cuff was now looming large in video feeds and on front pages across Canada and the world.

“I had no idea until I actually saw it that our new Prime Minister’s wife would wear one of my coats on such a significant day,” Ms. Sentaler says.

The effect on the brand was immediate; “2015 ended up being our breakout year,” she says.

From being a relatively unknown brand sold at Holt Renfrew, Sentaler was the Canadian fashion label that suddenly everyone was talking about. And wanting. “The white coat increased in sales by 400 per cent,” Ms. Sentaler declares. 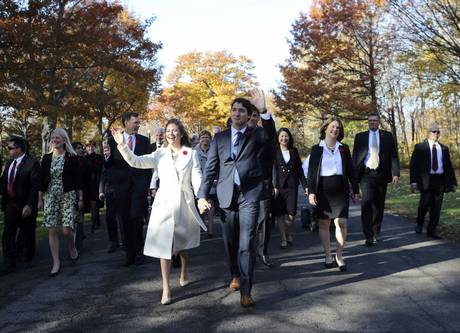 The Sophie effect only increased after Ms. Grégoire Trudeau again wore Sentaler at four other high-profile outings, including meeting the Queen at Buckingham Palace followed by trips to Malta for the Commonwealth summit and Paris for the UN Climate Change Conference.

The dollar amount attached to that kind of publicity? Ms. Sentaler, a 31-year old Belgrade native with a degree from the Schulich School of Business in Toronto, won’t say. Her business is small and family-owned. She is loath to divulge details but allows that business is booming.

Jessica Mulroney, the wife of eTalk host Ben Mulroney, is the Toronto stylist who had presented Ms. Grégoire Trudeau with a variety of made-in-Canada options to wear on Parliament Hill, leaving it up to her what to choose.

“We did not know which coat Sophie would wear, or if she would even wear one of our coats, until the actual day,” Ms. Sentaler says. “It was a big moment for me and I felt very proud.”

Bigger, even, than a chance encounter with Karl Lagerfeld. 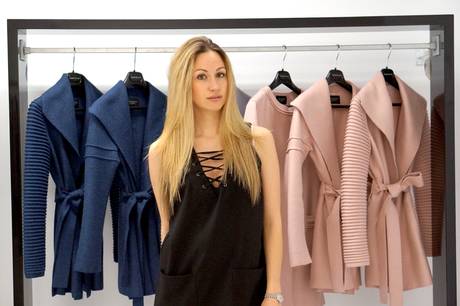 Bojana Sentaler, designer and creative director of Sentaler, the luxury outwear company she founded in Toronto in 2009.

Ms. Sentaler met the Chanel designer in Dubai in 2008 after quitting her corporate job in the marketing and sales department of the French cosmetics giant L’Oréal.

“I told him I had always liked fashion but wasn’t sure I could make a go at it, and he just looked at me and said to follow my dream. He said if I believed in it enough it would happen. ‘You either have it or you don’t,’ he told me.”

Ms. Sentaler decided she really did have it, and she travelled next to Peru after coming up with an idea to launch a fashion brand of stylish outerwear for chilly Canadians. “I saw a gap between the puffy jacket and the pea coat, and decided to fill it with my own designs,” she says.

To make them, Ms. Sentaler would use lightweight but durable alpaca, a cashmere-like fibre produced by animals that roam the Andes mountains. Raised at high altitudes, alpacas have developed microscopic air pockets in their hair that act like thermal insulators. It’s what makes Sentaler coats both soft to the touch and warm.

Alpaca has the added benefit of being hypoallergenic, eco-friendly and cruelty free, Ms. Sentaler says.

“Functionality was important,” she explains. “But I also liked the idea that my coats are animal-friendly. The shearing of the alpaca is protected by the Peruvian government.”

To sell her coats, Ms. Sentaler moved back to Toronto and opened her first boutique, where she initially sold to a devoted customer base of fashion-conscious but practical women. “They want to look good while staying warm,” Ms. Sentaler says.

Since launching her business seven years ago, Ms. Sentaler has sold coats to actresses Kim Cattrall of Sex and the City fame and Meghan Markle of Suits.

Closer to home, Sentaler has recently expanded into The Bay stores in Toronto and Montreal as well as Nordstrom in Vancouver and other independent retailers. “We are also presently in talks with some U.S. retailers,” Ms. Sentaler says.

“It’s looking to be another good year.”