As Moe Somani grows his business-to-business marketing platform, he finds that it's a good time to look beyond the border.

"It's primarily because of the dollar," says Mr. Somani, founder, president and chief executive officer of SOHO Business Group in Vancouver.

"We're in the service business," he says. His company, which links businesses of all types with their suppliers, has built up a network of about 30,000 firms over 19 years.

SOHO's business is expanding in both directions across the border, he adds.

"Canadian customers with head offices in the United States are allocating budget to their Canadian offices. Now we're putting together a package for U.S. companies, which we're taking to different cities to market our services there."

It's true that at any time, abstract, intangible B2B services such as SOHO's are relatively easy to export compared with hard goods. But experts say the conditions for Canadian exporters are increasingly favourable for all sorts of businesses, not just for exporting to the United States but beyond, too.

"People underestimate the value-added aspects of the Canadian economy. In many ways we are a service-producing country, not just a goods-producing country," says Benjamin Tal, deputy chief economist of CIBC World Markets Inc.

While 70 per cent of Canada's GDP comes from services, exports of services account for only 10 per cent, he says. However, "when you count the value-added services – marketing, engineering and so on" that go into Canada's exports, the percentage of Canada's exports in services goes up to 45 per cent.

"Something big is happening in manufacturing" as well, Mr. Tal says. "We know that emerging markets are slowing, but not the consumers," who covet quality products that Canadian know-how is capable of producing.

"There are all kinds of opportunities," says Corinne Pohlmann, senior vice-president of national affairs for the Canadian Federation of Independent Business (CFIB).

The low loonie is a boon, but it's not the only reason for improving trade conditions. Both current and aspiring Canadian exporters are being bolstered by better productivity at home, a strong U.S. economy and steady foreign consumer demand.

Ms. Pohlmann and Mr. Tal both say that the key to seizing the biggest opportunities for Canadian companies is to become part of the supply chains of U.S. or international firms. Joining U.S. supply chains can be a pathway to marketing Canadian goods and services to the world.

In effect, "there's no such thing as direct trade with the U.S. anymore. It goes around the world."

While opportunity abounds, getting noticed as an exporter is still a challenge for service companies, Mr. Somani says.

"The U.S. market is so big, and you need to put attention on generating awareness, building your leads and putting together a strong outreach strategy," he explains.

Now that the dollar has settled into the 70 to 80 cents U.S. range, it's easier for U.S. and multinational companies to include Canadian firms in their chains, Mr. Tal adds.

While the low dollar doesn't help every Canadian company, Ms. Pohlmann says a consistent Canadian dollar is more important than whether it's high or low.

"If the dollar is stable, companies have the certainty to adjust their costs. It's more the stability of the dollar than the level that matters," she says.

"A quarter of our members [out of 190,000 small and medium businesses] tell us they export," Ms. Pohlmann adds.

There are still plenty of obstacles. The border is still a pain, says Stacey McKay, marketing director for Scoop-N-Save, a 34-year-old baking supply company in Langley, B.C.

"We'd like to do more exporting, but the cost of shipping just kills," she says.

Even for cyber-based services, Mr. Somani says the border can be formidable. It's important to have all legal forms and documents in sync with U.S. laws and to navigate the U.S. tax system to get paid on time.

A survey published in January by the CFIB found that among more than 8,600 Canadian small businesses polled, 59 per cent found cross-border importing and exporting costs were higher than they expected.

More than a third said they would not have bothered doing cross-border business had they known the costs.

The Canadian Chamber of Commerce identified regulatory barriers as the biggest threat to international trade in a report this month.Mr. Somani at SOHO says it's still worth it, but it takes work.

"You need to have the internal infrastructure to manage the expansion and export growth so you can service the client," he says.

Low loonie is a shot in the arm for these five manufacturing sectors
April 13, 2016 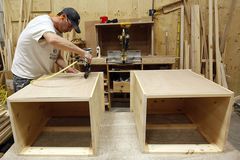 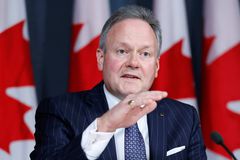 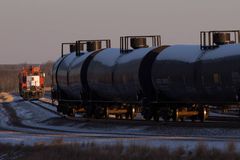 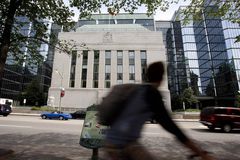