If you're looking for clues as to what's holding back productivity in Canada, it might be an economic zombie invasion.

Zombie companies are an actual thing, according to economists, who are looking more closely than ever at their effect on growth and productivity in Canada's economy.

They are commonly "old firms that have persistent problems meeting their interest payments," says the Organization for Economic Co-operation and Development (OECD), which has published two working papers this year about the phenomenon. These firms aren't earning enough to make ends meet, and are being propped up and nursed by banks and, to some extent, cumbersome insolvency laws.

A zombie firm "is a company that merely survives due to the constant refinancing of its debt and, despite restructuring and low rates, is still unable to cover its interest expense with operating profits, let alone repay the principal," says economist and author Daniel Lacalle, writing in an August article posted by the Mises Institute, an Austrian think tank.

These economic laggards appear to be a bigger problem in Europe than in Canada, but lots of zombies are lurking in the Canadian economy. In 2015, Vancouver investor Tony Simon identified and published a list of nearly 600 junior mining companies on the Toronto Stock Exchange and TSX Venture Exchange that he said collectively had negative working capital of $2-billion.

Mr. Simon followed up by identifying an additional 512 non-mining companies that together were in the hole – having negative working capital – of an additional $2.1-billion.

Zombies haunt the Canadian economy because they drain resources from productive firms, says Glen Hodgson, senior fellow and chief economist for the Conference Board of Canada.

"OECD research suggests that stronger productivity growth in advanced economies, and resulting higher living standards, are still possible if the strongest-performing firms are able to grow and prosper – and if we stop keeping the weakest firms on life support," Mr. Hodgson wrote in The Globe and Mail in July of 2016.

One way to rid the economy of zombie firms is to allow them to fail and restructure more easily. This has drawbacks – creditors may be caught short, and bankrupt individuals may have a hard time qualifying for new credit.

Nevertheless, the OECD's researchers suggest that the less complicated it is for a zombie to become insolvent, the faster it can be for lenders and entrepreneurs to move capital to more efficient companies.

In its second research paper, released at the end of June, the OECD's researchers looked at 13 ingredients that go into insolvency procedures in 34 countries, including Canada. Then they developed an index showing how easy or complicated it is for zombies and other companies to go bankrupt.

Canada placed 30th out of 34 countries. Britain, Japan and Germany were the most efficient, according to the survey.

The OECD's researchers suggested that reforming insolvency rules along British lines could reduce the share of zombie capital in some national economies by at least 9 per cent.

One might argue that there's no need to make it easier for poorly performing companies to fold. If people are working and money is flowing, even if the firms are losing money and on shaky ground, are zombie companies a problem?

Yes, the OECD's researchers and other experts say: Zombies tend to suck the life out of economic growth.

In July, strategists at Bank of America Corp. said that some 9 per cent of Europe's biggest companies can be classified as "walking dead" firms that could collapse if the monetary stimulus that has been in effect since the 2008 financial crisis were to dry up.

One solution would be for primary lenders such as the European Central Bank or the Bank of Canada, which recently raised key interest rates, to tighten their monetary policies.

But this could trigger an even larger zombie apocalypse, according to Bank of America. A "credit tantrum [higher rates and tighter lending conditions] … would only pressure corporate interest costs again, and risk a rise of the zombie," the bank's strategists said.

Meanwhile, the zombies march on.

"The increasing survival of these low-productivity firms at the margins of exit congests markets and constrains the growth of more productive firms," the OECD's January report said. 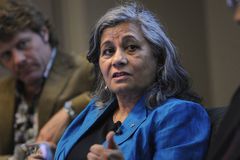 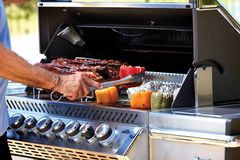 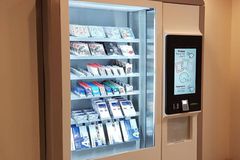 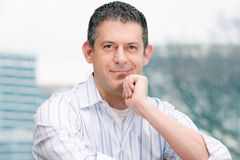