A lot of what Canadians expect from the economy is predicated on life eventually returning to normal.

Bank of Canada Governor Stephen Poloz has talked about a return to natural growth, a place he calls "home."

In this scenario, the global economy gets back on track, driving demand for everything Canada produces, in the U.S. and elsewhere. Exports grow, confidence builds and companies invest, expand and hire.

But what if home is a very different place from the one we knew before the financial crisis? Instead of the tidy two-storey colonial with two new cars in the driveway, it's a tired bungalow with a leaky roof and a crushing mortgage.

Many economists are coming around to the unsettling conclusion that the global economy is entering a new normal, a period of "secular stagnation." This is a place marked by significantly slower growth, low-for-long interest rates, stagnant wages and high debts – both government and personal.

The key question is whether this new environment is transitory or more enduring, even chronic.

The answer depends on how sunny your outlook is.

A key challenge is demography. The population is aging in Canada and the rest of the developed world. That will slow the expansion of the labour pool, and eventually cause it to shrink.

Unless countries can figure out a way to dramatically boost productivity, global GDP growth will average 2.1 per cent a year over the next 50 years, or 40 per cent below the 3.6-per-cent annual pace of the past 50 years, according to a recent McKinsey Global Institute report, Global growth: Can productivity save the day in an aging world?

Rapid labour pool growth is gone. That means productivity must be "firing at full throttle" to make up the difference, McKinsey concluded. "Boosting productivity growth is now the only way to drive growth," the report said.

The optimists argue that rapid growth in emerging markets and technological innovation will indeed save the day. Prominent among this group of thinkers is economist Erik Brynjolfsson, a professor at MIT Sloan School of Management and co-author with Andrew McAfee of the book, The Second Machine Age. In their world, innovation, brain power and good public policy combine to drive even faster growth, in both GDP and living standards. Robots, drones and driverless cars help do the heavy lifting that labour can't.

If innovation champion Prof. Brynjolfsson has an ideological nemesis it is Robert Gordon, a Northwestern University macroeconomist. Prof. Gordon is the Eeyore of doomsayers. He argues that the United States's best years are in the rear-view mirror. Growth is almost over, he says, because productivity gains can't keep pace with the "headwinds" of an aging population, widening inequality, public-sector debt and stalled educational attainment.

And he's highly skeptical of the power of innovation, pointing out that productivity has been steadily declining for years, unaffected even by the rise of the digital economy. The result: The U.S. will grow half as fast over the next three or four decades as it did the past 100-plus years (0.9 per cent per year versus 2 per cent).

Prof. Gordon's work is focused on the U.S. economy, but some of the same trends are already evident in Canada.

Central banks have spent the past seven years trying drive growth higher by printing money and cutting interest rates to near zero.

It has also left central bankers grappling with a potential debt trap. The combination of already-low interest rates and high debt levels makes it tougher to raise rates without undermining the economy.

It's a conundrum that concerns Mr. Poloz as he tries to guide the economy home. In a speech this week, he openly fretted about the risks of sticking too closely to the bank's 2-per-cent inflation target in this unpredictable environment.

"We run the risk of making major policy errors if we simply assume that uncertainty away," he said.

These are all problems that central banks can't fix alone, even if Mr. Poloz wanted to.

Governments will also have to do their part – to spur growth, discourage excessive borrowing, allocate scarce labour and drive innovation. 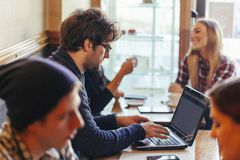 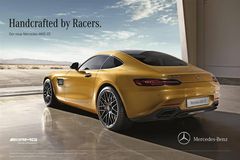 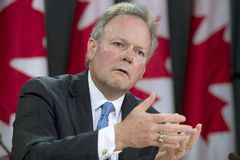