The way we buy equipment for our military is badly broken. Ottawa's latest report on how to fix it proposes making it even worse.

Getting this right matters enormously, and not just because Ottawa proposes spending $250-billion on military kit over the next two decades. Eye-popping numbers like that are bound to catch the attention of those who would like a share of the action. If this money were for some political slush fund masquerading as economic or industrial development, you might be justified in shrugging your shoulders and asking, What else is new? Wasteful spending in Ottawa is hardly unknown.

Equipping our military, however, is a fundamentally different proposition, because the people who may be called on to use the equipment will be endangering life and limb for their country. Substandard or unsuitable equipment doesn't just moulder in a warehouse, a monument to government inefficiency. In military procurement, fanciful and wasteful industrial strategies today sow the seeds of humiliation, defeat, and dead and wounded troops tomorrow.

Yet while the stakes are uniquely high, Canada's ability to buy new military equipment isn't just bad; it approaches low farce. The Ottawa Citizen reported recently that the average major military equipment purchase now takes a record 199 months, or more than 16 years. Leaving aside costly delays and cancellations, the technological effervescence of the defence world means that what you wanted 16 years ago is obsolete when you take delivery.

Our present imbroglio can be traced chiefly to our politicians' inability to curb their desire to meddle for political gain. Seeing all these billions being spent, there is a tendency to want to award some of it to your friends, actual or potential. This is usually accompanied by some pious humbug about "regional development" or "technological innovation," but these fig leaves are both tiny and transparent and therefore hide little.

Instead of buying the latest equipment off the shelf from highly competent international suppliers with big economies of scale, too often we spend more than we need to build capacity from scratch, and then find we have no way of sustaining that capacity once our little defence project is done.

Anyone who has ever looked at defence procurement issues has heard all about how Canada lost a golden opportunity to have a globally competitive defence aerospace industry when the Diefenbaker government shut down the Avro Arrow fighter plane program in the late 1950s. The reality is that decision probably saved us from the usual costly extravaganza with government backing a good (but not great) Canadian technology at a time when the world was crowded with design bureaus producing similar aircraft.

The alternative strategy – one that has served our country well – has been to get Canadian companies access to the huge U.S. defence procurement industry essentially on an equal footing with American companies, allowing us to specialize in components of defence systems where we excel and are cost-competitive.

Think of this as the Canadarm strategy. Canada is too small to have its own extensive space program, but we can be a supplier of sophisticated and complex components (like the space shuttle's mechanical arm) to the Americans, as we do in so many other fields. Canadarm beats the Avro Arrow strategy hands down.

Yet the newly-released Jenkins Report, the fruit of an Ottawa-commissioned inquiry into how to wring more value for the Canadian economy out of defence procurement, threatens to make the problem worse, not better. At present, defence purchases are at least nominally driven by the needs of the Canadian Forces and the capacity of the federal budget to pay the bill, with many contracts going to international suppliers. Ottawa then negotiates industrial spinoffs with the main contractors, which have incentives to find and employ competent Canadian companies that benefit from important transfers of technology and know-how.

Jenkins wants military purchasing decisions to be driven by the desire to build up Canadian industry in a number of fields. This approach is virtually guaranteed to worsen delays, drive up costs and disappoint expectations because it injects yet more politics and bureaucracy into a process already corrupted by them.

As for the notion that such defence protectionism promotes Canadian jobs and investment, we already face severe and worsening shortages of skilled labour. If we use tax dollars to divert workers away from genuine work to jobs that only exist because Canadian taxpayers are being made to overpay for internationally uncompetitive products, the most charitable thing that can be said is that we will be shooting ourselves in the combat boot. 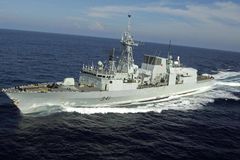 Opinion
How to build a ‘Canada First’ industrial strategy
February 13, 2013 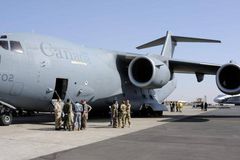 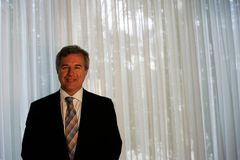