The head of the International Monetary Fund warned on Wednesday that Europe's debt crisis risked plunging the global economy into a "lost decade" and said it was up to rich nations to shoulder the burden of restoring growth and confidence.

Christine Lagarde told a financial forum in Beijing that European plans to bolster a rescue package for Greece were a "step in the right direction", but that the outlook for the world economy remained dangerous and uncertain.

"Our sense is that if we do not act boldly and if we do not act together, the economy around the world runs the risk of downward spiral of uncertainty, financial instability and potential collapse of global demand... we could run the risk of what some commentators are already calling the lost decade."

The "lost decade" reference carries echoes of Japan's experience of persistent deflation, mounting debts and economic impotence through the 1990s and beyond after its real estate bubble burst -- an outcome many analysts fear could be repeated given the debt and property origins of Europe's problems.

The former French finance minister was speaking at the start of a two-day visit in China. Her meetings are expected to focus on efforts to contain the crisis in Europe, which has seen the prime ministers of Greece and Italy forced to announce plan to resign in the past week.

Ms. Lagarde said she was hopeful that the technical details of a European Union plan to boost the European Financial Stability Fund (EFSF) to around €1-trillion from its present €440-billion would be ready by December.

European policymakers are hopeful that big emerging economies, led by China, will invest some of their vast foreign exchange reserves to help end a debt crisis that has engulfed Greece threatens bigger economies such as Italy.

But there is skepticism in China, where public opinion is firmly against bailing out countries that still enjoy far higher average incomes than Chinese.

Chinese policy makers also worry that European plans are "not complete and not firm", according to a commentary on China's official Xinhua news agency. It criticized a lack of political will, politicians' concerns over their own re-election and a lack of coordination between EU members.

"Like a patient, if several organs are in trouble, taking drugs or surgeries will produce toxic side effects and will largely reduce the desired effectiveness. That's exactly what's happening in Italy and Greece," the commentary said.

Before arriving in Beijing, Ms. Lagarde had spent two days in Moscow, trying to convince Russia to chip in some of its petro dollars to boost bailout funds for the euro zone.

But the so-called BRIC nations, comprising Brazil, Russia, India and China, have so far been reluctant to invest directly in Europe's rescue vehicle, preferring to contribute via the IMF.

Ms. Lagarde, speaking at an event organized by the Institute for International Finance -- the global association of the world's most important banks -- also said that China needed to shift its growth model from being export-led to a more balanced one and that the country also needed a stronger currency.

As Europe's leaders keep mum, the unelected speak up
May 3, 2018 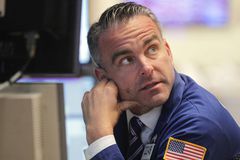 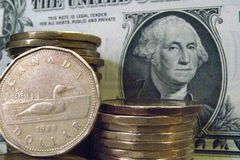 After Berlusconi, euro zone should bring out heavy artillery
May 8, 2018 Italy after Berlusconi will still have a debt crisis
May 8, 2018 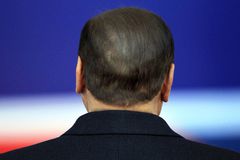 Silvio Berlusconi leaves behind an Italy deep in financial crisis
May 8, 2018 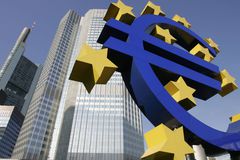