Both Ottawa and the resource-rich provinces should make better use of so-called "stabilization funds" to manage the inevitable volatility in the price of oil, natural gas, coal and other commodities, the Washington-based lender said in its annual report on the Canadian economy.

"There is room to do more to insulate [Canada's] fiscal position from commodity price volatility and to mitigate its impact on the economy," Roberto Cardarelli, the IMF's mission chief for Canada, told reporters in Ottawa after releasing the report Thursday.

Several provinces, including Alberta and Quebec, have special "rainy-day" funds to save resource royalties for future years. But Ottawa does not collect resource royalties and has never specifically set aside tax revenue during resource booms.

With oil and gas production expected to double in Canada over the next decades, now is the time to start putting in place a "fiscal framework" that would offset the inevitable rise and fall of tax revenue, the IMF said.

Mr. Cardarelli said Canada could "benefit" by looking at what other resource-rich countries have done, including Norway, which has amassed the the largest sovereign wealth fund in the world.

During their consultations, Canadian officials rejected the idea of doing anything at the federal level because it doesn't collect resource royalties, according to the IMF report said.

The IMF said it expects the Canadian economy to bounce back in the second half of 2013 as companies unlock frozen capital expenditure budgets and exports rise due to an improving U.S. economy.

The IMF is forecasting "lower average growth" of 1.8 per cent this year in Canada as the economy lurches through a current weak patch, before accelerating to roughly 2.5 per cent a year in 2014-15.

"Our outlook for the Canadian economy is a relatively rosy one," Mr. Cardarelli said.

In its formal assessment of the report, the IMF executive board nonetheless said the "balance of risks remains tilted to the downside."

The IMF also expressed concern about the housing market, which it estimates is overpriced by an average of 10 per cent across the country, based on an analysis of international rental rates and incomes. And it said authorities might eventually have to do more to cool off the market and curb excessive borrowing.

"These levels are unsustainable and an adjustment is likely," Mr. Cardarelli warned.

But speaking to reporters, Mr. Cardarelli said the IMF expects a soft landing and that's been reinforced by recent evidence of falling sales and prices in some markets. So long as the economy keeps growing and adding jobs, he said the housing market could absorb a 10-per-cent correction over a five-year period of flat prices without a precipitous fall, such as the 30 per cent correction seen in the U.S..

Like many Canadian economists, the IMF is calling for a "soft landing" of the housing market, rather than a crash. The IMF credited conservative lending practices, the high levels of equity Canadians have in their homes and the backstop of government-backed mortgage insurance.

Why a ‘soft landing’ for housing could still hurt the economy
May 11, 2018 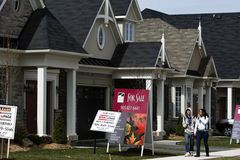 G7 currency squabble a strong case for dismantling the whole group
May 11, 2018 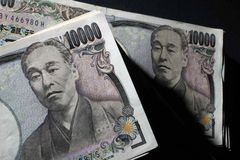 If banks and business won’t spur growth, it may take governments to prime the pump
May 11, 2018 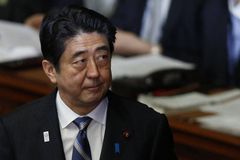 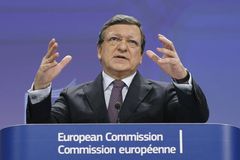 Canada rebuffs EU request for exemption on takeover reviews
May 11, 2018 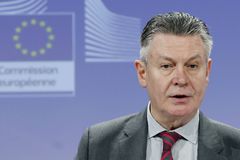 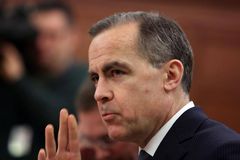