Okay, admittedly, the previous statement is both facetious and a gross oversimplification. It conveniently skates over the fact that, particularly in Ontario, various levels of government consistently open themselves to allegations of negligence, at the very least.

Nonetheless, the institutionalist school of economics, popularized by the Massachusetts Institute of Technology's economics department, suggests the leading statement is not that far off.

M.I.T. professors Daron Acemoglu and Simon Johnson, along with the University of California, Berkeley's James Robinson, collaborated on a seminal paper arguing that the level of citizen trust in political and economic institutions is the primary driver of success for national economies and per capita wealth.

"Economic institutions are important because they influence the structure of economic incentives in society. … Economic institutions are also important because they help to allocate resources to their most efficient uses, they determine who gets profits, revenues and residual rights of control. When markets are missing or ignored (as they were in the Soviet Union, for example), gains from trade go unexploited and resources are misallocated."

The U.S.-based Atlantic magazine published a feature on July 1 entitled Trust in Government Is Collapsing Around the World, which showed that Americans have a lot less trust in their government institutions than Canadians have in ours.

The institutionalist framework strongly implies that the damage from the financial crisis and its aftermath went far beyond the banking system and the economy. Bank bailouts, from both the U.S. Congress and the U.S. Federal Reserve Board, made the rich richer and left the average American faced with a sluggish economy and low wages.

More importantly, the crisis amplified skepticism and anger toward the entire U.S. decision-making class. The typical way of doing things, with leaders using financial markets and tax cuts to amass wealth, and then using that wealth to control legislation through political donations, was revealed as the self-centred farce it was and, in general, continues to be.

The term "institutions" as defined by professors Acemoglu, Robinson and Johnson, goes beyond finance and politics, but elsewhere the trend is the same. Organized religion is an afterthought in most of North America – the evangelical U.S. South is the obvious exception – and faith in the "lamestream" media continues to plummet.

The institutionalist view suggests that economic progress in the next 50 years will be far slower than in the previous decades unless the trend of declining trust can be reversed and confidence can be rebuilt. Domestically, Canadians need more assurances that government spending benefits all Canadians and not just the chosen few (like, for instance, a teachers' union that's already flush with cash) and protected industries like banking, dairy farming and telecommunications.

South of the border, the institutional and leadership problems are both more acute and difficult to solve. The 1 per cent, which includes both people and corporations, cling to power but the populist insurrection within the Republican Party underscores the frustration and rage that is also apparent among advocate groups within the Democrats' political tent. These trends imply that, no matter how messy the process, political power must be more widely distributed before institutional trust can recover.

There are many perspectives with which to view the economy and the world at large and I wouldn't suggest that the three professors have a monopoly on wisdom. Nonetheless, their useful and intelligent assessments – most accessibly explicated in the bestselling book Why Nations Fail – has been a huge benefit to me in putting recent economic and social events in context.

What’s next for Alberta’s beleaguered economy? Subscriber content
May 16, 2018 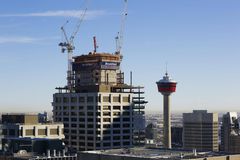 Bank of Canada keeps the faith, but lacks answers Subscriber content
May 16, 2018 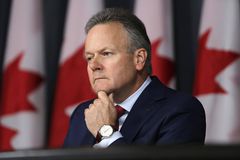