The economic pieces are starting to fall into place for Stephen Poloz and the Bank of Canada, giving the central bank latitude to keep its key interest rate unchanged.

The dark clouds that have hung over the central bank Governor's decision-making in recent months are beginning to clear. Exports are rebounding, fear of a global recession is fading and the price of oil is on the upswing again. The federal government is also poised to inject a hefty dose of fiscal stimulus in its March 22 budget to help revive the sluggish economy.

As a result, the central bank opted to keep its overnight interest rate unchanged at 0.5 per cent Wednesday – where it has been since last July, when the bank cut rates for the second time in 2015.

"The global economy is progressing largely as the bank anticipated in its January Monetary Policy Report," the bank said in a statement accompanying the rate announcement.

But it was something the bank didn't say that triggered a sharp jump in the Canadian dollar, which shot up nearly a full cent to 75 cents (U.S.) immediately after the announcement. Many analysts had expected Mr. Poloz to try to "talk down" the rebounding Canadian dollar in the statement, but when that didn't happen, the currency moved even higher, explained Frances Donald, a senior economist at Manulife Asset Management in Toronto.

"It suggests the Bank of Canada won't be trying to push the Canadian dollar lower, and I think that's the right choice," Ms. Donald said.

Bank of Nova Scotia economists Derek Holt and Dov Zigler dismissed the central bank's statement as "stale on arrival" because it does not take into account the coming fiscal boost.

Mr. Poloz and other bank officials have generally welcomed the prospect of more fiscal stimulus from Ottawa, which is expected to unveil a multiyear increase to infrastructure spending in the budget.

Economists are divided on whether the bank's next move will be a rate cut or an increase. Scotiabank, for example, argued that Mr. Poloz may be underestimating both growth and inflation, forcing it to start raising rates as soon as mid-2017. On the other hand, David Madani of Capital Economics expects more interest-rate relief this year because the stimulus won't be enough to revive the "flagging" economy.

The bank is sounding generally upbeat about near-term economic conditions. It said that recent inflation pressures will "likely unwind" in the months ahead, core inflation is "at or just below" its 2-per-cent target, non-energy exports are gathering momentum, prices of oil and other commodities have rebounded and gross-domestic-product growth was better than feared in the fourth quarter (at 0.8 per cent). Consumer spending also continues to "underpin domestic demand."

All that has helped to calm investor angst.

"Financial market volatility, reflecting heightened concerns about economic momentum, appears to be abating," the bank said. "Although downside risks remain, the bank still expects global growth to strengthen this year and next [and] the U.S. expansion remains broadly on track."

Both the price of oil (at roughly $37 a barrel) and the Canadian dollar (just below 75 cents) are close to levels the bank forecast in January, the statement pointed out.

Still, the bank remains concerned about a number of things, including still "very weak" business investment owing to massive retrenchment in the oil sands as well as rising financial risks. "Financial vulnerabilities continue to edge higher, in part due to regional shifts in activity associated with the structural adjustment under way," the bank said.

The bank has consistently expressed concern about high household debt – a threat that has worsened in the oil patch amid a spike in the jobless rate. The housing market remains red-hot in Vancouver and Toronto, prompting fears about affordability and an eventual correction in prices.

Why is the loonie rallying? Five charts explain the rebound
March 9, 2016 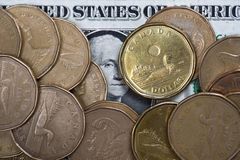 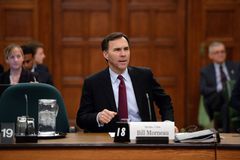 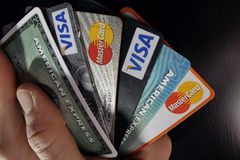 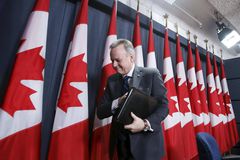