The Bank of Canada says it's already seeing light at the end of the oil-shock tunnel. It's an encouraging if somewhat surprising assessment that, if accurate, suggests that the central bank's urgency in making a surprise rate cut in January was very well placed indeed. But it's still very early; that light could still be a freight train heading toward us.

The bank played its cards fairly close to the vest in Wednesday's interest rate statement, in which it kept its key policy rate at 0.75 per cent, following January's unexpected, market-rattling cut from 1 per cent. But the tone of the statement, while still cautious, nevertheless suggested that Bank of Canada Governor Stephen Poloz feels the January cut was all the medicine the economy needed. This may turn out to be a one-and-done rate cycle.

What's more, the bank is now telling us that the economic pain from the oil shock – which had previously indicated would mostly be felt in the first half of the year – "may be even more front-loaded than projected in January." This suggests that the first quarter will bear the brunt of the hit, but the broader economy could already be turning the corner in the second quarter.

In retrospect, then, the urgency of January's surprise cut, as much as it aggrieved the financial markets, may have been bang on. It certainly appears that the effects of the cut – both in easing borrowing costs and contributing to a further decline in the Canadian dollar – are already having the desired positive effect in mitigating the oil-related damage. And if the central bank's current read is accurate, the arrival of the rate cut may have coincided roughly with the worst of the oil shock.

If the bank had waited to make a cut, in the name of clearer communication, it may have missed the most critical time to deliver a jolt to lean against the worst of the oil shock. It would have also delayed, to some degree, the stimulus – which might have allowed the effects of the oil shock to linger longer.

I say "to some degree," because it could be argued that a strong signal from the Bank of Canada that it was about to cut rates would have some of the same effects on the market as an actual cut – currency traders would sell off the loonie, and market interest rates would tend to work their way lower in anticipation.

And, indeed, the Canadian dollar had already done most of its falling before the Jan. 21 cut was announced; the currency fell nearly 5 cents (U.S.) in the six weeks before the rate cut, and only 2 cents in the six weeks since. Perhaps this currency-fuelled offset to the impact of oil's plunge was already baked into the economy without the helping hand of a rate cut. The central bank might have avoided expending a quarter-point of interest rates – a commodity in short supply in the current environment.

Still, the cut was a bold and definitive move that had a powerful impact. It's hard not to think that it sped up the process.

But let's not start the back-slapping just yet. We have a lot of economic data to see – some of it likely to look pretty bleak – before declaring this a policy home run.

Yes, the early economic indicators from the oil shock have held up well, certainly better than many people had feared. But much of the data flow so far probably pre-dates the brunt of the oil shock. We've seen some encouraging December and fourth-quarter numbers on things such as gross domestic product and trade that suggest the economy is weathering the oil storm reasonably well, but that's almost certainly nowhere near the eye of the storm.

If the Bank of Canada is right in saying that the oil shock is decidedly "front-loaded," we should brace for some particularly unpleasant evidence of this in the economic data still to come. And if the bank was forecasting in January that GDP would grow at an annualized rate of 1.5 per cent in both the first and second quarters, but it's now suggesting that the brunt of that slowdown could be earlier in the year, then just how slow could first-quarter growth get?

Wednesday's rate statement suggests the Bank of Canada is prepared for this. But its resolve to stay the course and wait for the storm to pass may yet be sorely tested. The question now becomes whether the bank will be able to stare through the oil shock's effects and resist another rate cut – or blink.

Loonie closes almost half a cent higher in wake of rate decision
March 4, 2015 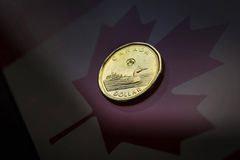