Economic forecasting can be a maddening business.

Late last week, the Bank of Canada's recent hints that the economy may be getting strong enough to absorb an interest-rate hike or two this year were looking plausible.

Despite a stubbornly uncertain global landscape, Canada managed to post the best two-month employment gain in three decades during March and April – with many of the gains coming in the form of full-time, private-sector jobs. And in April, builders broke ground on apartment and condominium projects at the second-fastest pace in 34 years, albeit largely in Toronto.

All of which argues against the 'Canada is not an island' mindset that has kept the benchmark interest rate at 1 per cent since September, 2010.

But it's worth recalling that the bank's assessment looked in doubt early in the same week.

Soft domestic growth numbers for February, worrying signs that the U.S. recovery was losing momentum, and the latest flare-ups in the 'now you see me, now you don't' European crisis, all pointed to Bank of Canada Governor Mark Carney falling short of the rosier projections behind his warnings that tighter borrowing costs could soon "become appropriate."

It's also worth noting that in July, 2011 – the last time before mid-April that Mr. Carney sent a clear signal that he was preparing to raise rates – escalating debt crises on both sides of the Atlantic Ocean put a massive wrench in those plans. By September, the global backdrop had any talk of rate hikes firmly on ice.

"Given recent European rumblings, a similar flare-up is possible this time around," RBC strategists Mark Chandler and Ian Pollick wrote Friday in a research note. "As such, we cannot fully discount a similar about-face."

That looks less likely in light of the employment and housing gains, plus an unexpectedly strong consumer confidence report in the U.S. that points to decent demand in Canada's top export market. Economists who doubted the bank's upgraded forecast last month acknowledge that even if the annual rate of growth in the first quarter turns out to be well below the bank's 2.5-per-cent estimate, early signs point to a stronger-than-anticipated performance from April through June.

And there's another reason not to question Mr. Carney's resolve this time around.

"The new wrinkle this year compared to last is the mounting financial imbalance caused by the accumulation of household debt," said Mr. Chandler and Mr. Pollick, who see the bank lifting rates in October and gradually bringing the benchmark to 2 per cent by the summer of 2013.

"If one is truly concerned about possible credit and housing excesses, then the systemic risks of holding interest rates at extremely accommodative levels have also risen," they said.

Indeed, in an op-ed for Friday's Financial Times, Mr. Carney reiterated that in "exceptional cases," higher interest rates could be used to lean against financial imbalances. The central bank's solid track record and credibility, he suggested, afford it the flexibility to tighten policy even when inflationary pressures elsewhere in the economy don't necessarily warrant rate hikes.

Nonetheless, any central banker would surely prefer to raise rates because the economy is clearly resilient enough to withstand them, reining in some excess borrowing in the process, instead of being forced into action by excess borrowing when broader conditions are less than ideal.

Even with hefty job gains in manufacturing last month, things are much better in resource-rich provinces like Alberta and Saskatchewan than in the industrial heartland of Ontario, which saw a net job loss and which is particularly sensitive to the spikes in the Canadian dollar that likely would result from higher rates. Plus, resources could soon suffer if China's slowdown continues to worsen, because that will push global commodity prices down.

Which helps explain why others still question whether economic slack is really disappearing as quickly as Mr. Carney and his officials have come to believe.

Avery Shenfeld, chief economist at CIBC World Markets, said Friday that he'll need some more positive data to convince him that the Canadian economy is on a footing that would allow rate hikes this year. In fact, he argues, if it is not, then rate hikes are unlikely before 2014, since the U.S. economy is poised to take a huge hit next year due to some brutal fiscal restraint.

"For now, we'll nervously stick to our existing dovish forecast," he said.

Carney trumpets the triumph of inflation targeting
May 8, 2018 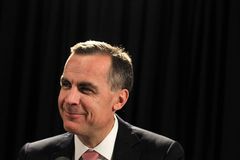 Did Mark Carney get last laugh in reform dust-up with Jamie Dimon?
May 8, 2018
Are Canadians ready for higher rates?
May 8, 2018 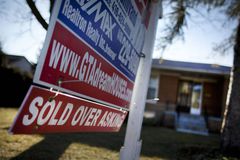 Consumers rein in debt burden, but housing 'overshooting': CIBC
May 1, 2018 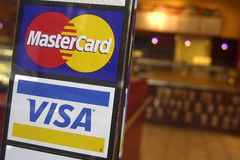 Housing starts shoot higher on back of condo boom
May 8, 2018 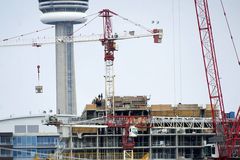