The Efficient Traveller is a six-part series that highlights how small-business owners and entrepreneurs can get the most out of their business excursions.

As the founder and president of Mako Invent, a consumer product development firm with offices in both Toronto and Austin, Tex., Kevin Mako knows full well the grind of travelling.

Whether it's going from office to office, meeting with overseas clients, or flying off to various conferences around the continent to keep up with the latest goings-on in his business, the 31-year-old has the travel game down pat, having been honed by the thousands of kilometres he racks up each year.

"You want to spend the least amount of time fooling around between actual travel time, and one of the easiest things is just to book direct flights," he says. "A lot of time, if you book a reasonable time in advance, they're quite close to the price of a connecting flight."

Given that nobody has time to burn these days, combined with the toll travel takes on both body and soul, Mr. Mako has distilled his best tips on how to survive the often-gruelling game of business travel.

1. Mr. Mako uses a smartphone app called Hopper to ensure he's getting the best prices on his flights. "Hopper basically tells you, based on historical data, what is the best time to buy a ticket and when the prices are going to start to go up," he says. "It's tracking a combination of historical data and real-time data to help book your flights really efficiently."

2. Get the best carry-on suitcase – on two wheels. "Make sure you get the maximum size roller carry-on but just the two-wheeled edition with the wheels tucked up, because the four-wheeled edition roller cases actually shave two inches of space off the bottom of the suitcase," he says. He also suggests getting a laptop bag or backpack that can slide over the handle of your carry-on so you can wheel everything around the terminal with one hand.

3. If you're going to need a car, use a car aggregator site to compare the different prices, but be sure to book before you land at your destination because you may end up paying twice the price if not. And for those that use the Uber car service, Mr. Mako has a useful tip for getting a cheap Uber at airports, including Toronto Pearson International Airport. "You can't get UberX, which is the cheapest Uber, at Pearson airport [among others]," he says. "But if you just grab a shuttle to the nearest hotel and those shuttles are usually free, if it's just outside the airport then UberX is active."

5. When it comes to booking seats on a plane, Mr. Mako prefers the back of the plane, for good reason. "I like window seats in the second last row, because you board the quickest, if you don't have any form of priority boarding," he says. "In addition, the second-last rows are usually the first to be empty if the plane is not full, and the second-last seat reclines, while the back row does not."

6. Always be sure to pack the night before, never the day of. In addition, if you do happen to check baggage and you're over the weight limit, put heavy items such as jeans into your carry-on bag as those are almost never subject to weight limits.

7. Aim for the shortest customs lines, as Mr. Mako has learned through experience. "Certain airports, like Austin for instance, everyone funnels into the middle line but there are lines on both ends that are usually a five-minute wait as opposed to a half-an-hour wait and it's usually just a short walk," Mr. Mako says.

8. Mr. Mako suggests printing off your boarding pass as soon as you check in online, cutting it out and placing it in the picture page of your passport. That way, you'll save time fumbling around when you get to the gate. In addition, take note of the number of items you take out of your carry-on bag on the plane and make sure you're taking the same number of items with you when you disembark at the other end.

9. A tablet can be a worthwhile purchase for the business traveller. "On most flights now you're allowed small electronics," Mr. Mako says. "… If you like to watch movies or a video presentation or something like that or you want to type something up, a tablet with a keyboard [is] allowed."

If your travel gadget is more complicated than a toaster, leave it at home
March 22, 2018 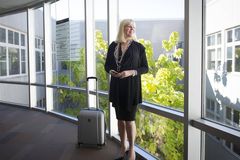 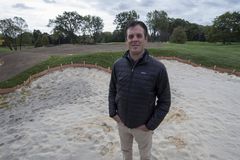