Canadian companies that sent call centre jobs overseas by the thousands last decade have started to bring them back home, giving new life to a sector that became the darling of the nation's economy in the 1990s.

The once-thriving domestic industry began to decline in the second half of the 2000s as the Canadian dollar surged and India and the Philippines emerged as the world's low-cost call centre capitals.

But rising wages and high turnover rates across the Pacific – as well as low customer satisfaction here – have spurred companies to reconsider their offshore plans, offering some hope to provinces that are grappling with stalled growth and stubbornly high unemployment.

The list of companies that have brought back some or all of their customer call centre work includes BCE Inc. , American Express Canada Inc., Sears Canada Inc. , Primus Telecommunications and utility Fortis Inc.'s B.C. subsidiary.

In 2009, Sears Canada outsourced 450 catalogue order and repair service jobs from call centres in Regina and Belleville, Ont., to the Philippines; last year, the retailer brought 170 of the jobs back, hiring specialists to handle the repair calls in Toronto.

"The work involved in these calls was a bit more complex," Sears Canada spokesman Vincent Power said. "There's now a higher degree of satisfaction for calls related to parts and service than there were before."

Primus Telecommunications Canada chief executive officer Andrew Day said his company had a similar result after shifting 125 jobs from Mumbai, India, to its call centres in Edmundston, N.B., Ottawa and Toronto between 2009 and 2011. "It worked well – for a while," Mr. Day said about Primus's Indian experience, which involved the creation of new jobs to serve the company's expanding consumer business in the mid-2000s. "We got qualified, college-educated employees with accent neutralization training. But over the years we felt the quality of agent started to decline" and by 2009, "my money wasn't buying what it was a few years earlier."

Now, with all the jobs back in Canada, Mr. Day said 82 per cent to 84 per cent of customers say they are "very satisfied" or "satisfied" with Primus's customer service – 10 percentage points higher than calls previously handled offshore.

"Like a lot of providers, while there were certain cost advantages, the customer service experience is fundamental to American Express," said American Express Canada general manager Andrew Carlton, whose company moved 200 call centre jobs back from India to Markham, Ont., four years ago. "We believed that by repatriating some of these volumes we'd enhance customer service."

It's an uncomfortable truth that many people in developed countries have reacted negatively when they perceive the service representative on the phone is located overseas – particularly when they believe those people are taking jobs from their fellow unemployed citizens, said David Filwood, a Vancouver-based industry consultant.

"In any Western countries that have seen call centre jobs destroyed and outsourced, the consumers hate it," Mr. Filwood said. "They don't like the service, the cultural satisfaction is lower. It's not a racist issue; people relate over the phone to people they perceive as being from their region."

The rising costs of hiring overseas workers, high staff turnover – 100 per cent per year in India, compared to less than 20 per cent in Canada – and lower customer satisfaction negate the cost advantages from outsourcing, Mr. Filwood said.

Four years ago, Frank Muzzi started a consultancy to cash in on the trend of helping Canadian companies move call centre jobs overseas. Mr. Muzzi had done the same work at American Express Canada and Telus, and 80 per cent of his initial consulting business was dedicated to "offshoring."

Now, Mr. Muzzi said he's doing "basically zero" offshoring work. There's no demand for it, so he's instead helping domestic call centre operators improve efficiency levels. "The jobs have come back," he said. "It's happening all over the place in Canada. Offshoring has become such a dirty word."

The "in-shoring" trend is just one factor reshaping an industry that is in flux. Although there is no central source of statistics for the Canadian industry, it is believed to employ tens of thousands of people, including more than 30,000 in Nova Scotia and New Brunswick combined.

But that is thousands fewer jobs than at its peak in the mid-2000s. In a report four years ago, Statistics Canada estimated the business had revenues of $2.76-billion in Canada in 2006.

And there has been a more recent exodus of call centre jobs to the United States, as lawmakers there push a bill before Congress to compel U.S. companies to repatriate offshore call centre jobs, and the high loonie makes Canada a less attractive place to do business. In the past six weeks alone, three call centre outsourcing specialists – TeleTech Holdings, Inc., Convergys Corp. and Atelka Inc. – have said they will cut more than 350 jobs in New Brunswick and Nova Scotia. 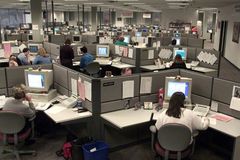 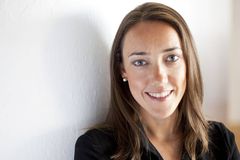