Canada's employment count ended 2014 with back-to-back monthly declines, but beneath the surface of the stalled job numbers is evidence of an improving quality in the country's labour market.

The Canadian economy shed 4,300 jobs on a seasonally adjusted basis in December, adding to November's 10,700 decline, as job creation continued its pause following big gains in September and October.

However, within December's overall number was a healthy 53,500 rise in full-time employment – offset by a 57,700 drop in the generally less desirable part-time job category.

Full-time jobs have risen for four consecutive months, by a total of 155,000, while part-time employment has fallen to an eight-month low.

"True, there was a second straight decline in employment, but that was entirely due to self-employment and part-timers," Krishen Rangasamy, senior economist at National Bank of Canada, said in a research note. "It's encouraging to see paid private-sector employment rising. Also positive is the sharp increase in full-time positions, something that will help household incomes."

The December job figures also suggested that, at least so far, the labour market has been resilient in the face of plunging oil prices. Alberta's employment rose by 5,700, the biggest gain in the country. Employment in the natural resource sector – which includes the oil and gas industry as well as mining, forestry and fishing – was up 10,200 in the month.

Statscan's measure of so-called "involuntary" part-time employment – people who are working in part-time jobs but would prefer full-time work – inched up in December, to 867,000. But the number of involuntary part-timers has declined sharply since the middle of the year, when it peaked at more than 1.02 million.

However, the labour force participation rate – indicative of how many working-age Canadians are actually working or actively seeking work – remains the major black mark on Canada's labour market.

The participation rate dipped to a 13-year low of 65.9 per cent in December, from 66 per cent in November. The weak participation rate suggests many Canadians still see dim prospects for finding permanent work, and are instead opting to stay at home or upgrade their education. That is disguising the true extent of unemployment, critics say.

Economist Andrew Jackson, senior policy adviser at think tank the Broadbent Institute, pointed out that the decline in the unemployment rate in the past year was largely a function of shrinking participation, which fell to 65.9 per cent from 66.4 per cent. He said the country's employment rate – the number of people with jobs as a percentage of the working-age population – actually declined slightly, to 61.5 per cent at year end from 61.6 per cent at the end of 2013.

He also observed that temporary employment accounted for more than three-quarters of the jobs created in Canada in 2014, and average wage growth barely kept pace with inflation. Even with a smart 0.5-per-cent month-to-month rise in average weekly wages in December, the increase for the full year was just 2.1 per cent, the slowest annual average growth since 2009.

Economists said a major issue heading into 2015 is how big of a hit the labour market will take from the deep slump in oil, which will certainly deal a blow not only to the energy sector but to the overall economy of Alberta, a key engine for Canadian job creation in recent years. They don't expect the job market to continue to dodge that bullet the way it did in December. 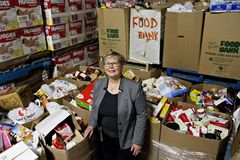 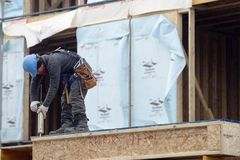