The U.S. economy added 96,000 jobs in August, a disappointing result that could prompt an aggressive response from the Federal Reserve and complicate President Barack Obama's bid for re-election.

America's unemployment rate declined to 8.1 per cent, a level that nonetheless far exceeds the Fed's unofficial target of jobless rate closer to 5.5 per cent. Unemployment of that scale also will force Mr. Obama to test history, as rarely is an incumbent returned to the White House without economic momentum at his back.

The Labor Department's latest jobs survey, released Friday in Washington, suggests the economy is sputtering. The U.S. economy needs to create about 100,000 jobs a month simply to keep up with new entrants to the labour force.

Economists have a tendency to shrug off monthly data, preferring to gauge the economy's strength by following the trend. However, Friday's report will receive an unusual amount of scrutiny because it comes on the heels of Mr. Obama's speech Thursday at the Democratic convention – and less than a week ahead of the next meeting of the Federal Reserve's policy committee.

Many Wall Street economists are convinced the Fed will deploy new stimulus measures next week; the debate only is which weapons policy makers will take from the armoury.

At a minimum, it appears likely the Fed will extend a conditional promise to leave its benchmark interest rate near zero until at least the end of 2014. Less certain is whether the Fed will opt to go bigger and resume creating money to buy financial assets, a strategy know as quantitative easing, or QE. The Fed has done this twice since 2009, and some policy makers have said publicly in recent weeks that it is time to do so again.

"The employment report is seen as key, if not decisive, for the QE3 at next week's meeting," said Marc Chandler, global head of currency strategy at Brown Brothers Harriman in New York.

At the start of the year, the U.S. unemployment rate was 8.3 per cent, and it was widely thought that if the jobless rate fell to 8 per cent Mr. Obama would likely be assured of a return to the White House. The economy would now need to generate close to 300,000 jobs a month between now and November to achieve that mark, according to Hamilton Place Strategies, a Washington-based consultancy.

The Democratic Party spent the last three days at its nominating convention in Charlotte, North Carolina attempting to create the impression that the economy, while far from satisfactory, still is better than it was four years ago when Mr. Obama took office.

A stagnant labour market will make that argument more difficult. Mr. Obama can say that private sector employers have added in excess of 4.5-million positions over his term. Yet governments have cut payrolls deeply, leaving the president with a net loss in total employment.

"The report underscores President Obama's failed promises to get our economy moving again," John Beohner, the Republican speaker of the House of Representatives, said in a statement Friday.

According to various surveys, Wall Street analysts were expecting a payrolls increase of about 130,000. The disappointment could weigh on stock markets, which surged Thursday after the European Central Bank unveiled new measures meant to calm the region's debt crisis.

Factory employment declined by 15,000 positions in August after a gain of 23,000 in July. Service companies kept hiring last month, but at a slower pace than previously. Total hours worked were little changed. Average hourly earnings declined by a cent, to $23.52, and were 1.7 per cent higher than a year ago – a growth rate that is just enough to keep up with inflation.

On the surface, the unemployment rate's drop to 8.1 per cent is positive. However, the decline from 8.3 per cent in July was largely the result of Americans leaving the labour force.

"The data may be viewed as increasing the chance of decisive Fed action next week," Andrew Grantham, an economist at CIBC World Markets in Toronto, said in a note to clients. "We are still on track for more QE," Matthieu Arseneau, an economist at National Bank Financial, advised his clients.

The prospect of new measures by the Fed will stir controversy.

A vocal minority on Wall Street is hostile to further monetary policy, arguing that central bankers only risk stoking inflation and debasing the currency. Mr. Bernanke also would face charges that he is interfering with the election, although such charges are unlikely to deter him.

There also is an argument that the election itself is holding back the U.S. recovery.

"American businesses are like thoroughbreds waiting at the starting gate," Mike Whalen, president of Heart of America Group, a Moline, Ill.-based hotel and restaurant operator, said in a statement. "The gate to recovery will open on Election Day, and we'll continue to see disappointing jobs numbers until the election is resolved."

Mr. Whalen has an opinion about how the election should go, reflecting the struggle that awaits Mr. Obama between now and November. Mr. Whalen argues U.S. companies are staying on the sidelines because of the White House's penchant for regulation. "Should President Obama get re-elected, businesses and consumers will continue to remain hunkered down until the next race in four more years," he said. 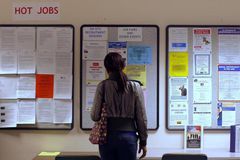 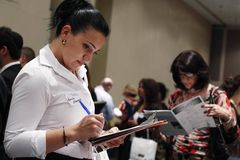 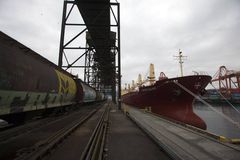 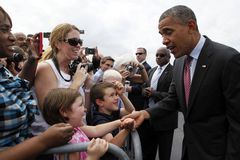