The oil-price plunge is sapping the economies of Alberta and other resource-rich provinces, denting everything from hiring plans to house prices.

Alberta's jobless rate jumped by the most since the 2009 recession last month as employment in the province fell by 14,000 jobs, while employers in Newfoundland and Nova Scotia also trimmed head count, Statistics Canada said Friday. New housing data, meanwhile, show home prices are falling in Calgary, Regina and Edmonton.

For years, Alberta has been the country's labour hot spot, with wage and job gains that have continually outstripped the national average. Now, the plunge in oil prices and a weaker Canadian dollar are altering the provincial economic map of Canada. Ontario is now expected to top the country's economic growth this year, while the risk of a recession in Alberta "cannot be dismissed," Royal Bank of Canada said in a forecast this week.

In the heart of Alberta's energy service sector, Gert Reynar is bracing for the worst.

Scores of companies in the industrial yards south of Edmonton have cut hundreds of jobs as industry spending shrivels due to the steep plunge in benchmark oil prices.

That has prompted a jump in the number of people using the Leduc & District Food Bank, located about an hour south of Alberta's capital."Probably 80 per cent to 90 per cent of the people we're seeing have been laid off," Ms. Reynar, the food bank's executive director, said in a telephone interview.

Many of those seeking help have piled on debt while waiting for employment insurance to kick in, she said, pointing to more financial pressure for households already struggling to make ends meet.

"People have panicked," she said, predicting another jump in usage as layoffs intensify. "We're just at the beginning of it."

The U.S. benchmark oil price has been more than halved since last summer, sapping billions in corporate profits and forcing deep cuts to staffing levels and capital spending plans. In Canada, Suncor, Cenovus and Husky Energy have all announced job cuts in recent months.

Alberta's jobless rate climbed to 5.3 per cent last month from 4.5 per cent, the biggest increase since May, 2009, bringing the rate to its highest level in more than three years. Saskatchewan's rate, at 5 per cent, is a three-year high. Unemployment rates in both provinces are still below the national rate.

February's slide in natural-resources employment was concentrated in support activities for mining and oil and gas extraction, and in Alberta and B.C. In terms of GDP, the provinces most affected by oil prices are Alberta, Newfoundland, Saskatchewan and Manitoba, according to the Conference Board of Canada.

The decline in oil prices since last June is "unambiguously negative" for the Canadian economy, the Bank of Canada has said, weighing on business investment and incomes, with most of the negative effects appearing in the first half of this year. It notes that nearly a third of the goods and services purchased by the Alberta oil sands industry are drawn from other provinces.

The broad picture shows a labour market that lacks momentum. Self-employment and the public sector have driven most of the job gains in the past year, while the private sector has stayed on the sidelines.

One of the strongest spots – construction – may be poised for a slowdown as the pace of housing starts slows and big energy projects get put on hold.

That said, the small dip in overall employment last month wasn't as large as many economists had feared. Ontario and Quebec added jobs last month, and a weaker currency along with firmer U.S. demand should bolster hiring in Central Canada in the coming months.

Still, the oil patch wasn't the only area shedding workers. Factories cut the largest number of jobs in more than three years – bringing employment in that sector to its second-lowest level on record. Manufacturers cut 19,900 positions last month, with most of the reductions in Ontario and Alberta. Part of that drop may be tied to a planned temporary shutdown at Chrysler's Windsor auto plant.

Wage growth slowed. Average wage gains for permanent workers were up 1.7 per cent from a year earlier, decelerating from 2.1 per cent in the prior month.

The impact from low oil prices is also showing up in the real estate market. Across the Prairies, there were $1-billion less in home-sales transactions in the first two months of the year than the same time in 2014 as sales plummeted and home prices continued their downward slide.

Prices dropped 2.7 per cent in the first two months of the year in Calgary and fell 5.5 per cent in Regina compared with the same time last year. In oil-rich Newfoundland, prices fell 10.5 per cent from last year.

Home sales activity slowed to a crawl across the Prairies with sales falling 35 per cent below last year's levels in Calgary, down 23 per cent in Saskatoon and 19 per cent in Edmonton as buyers opted to wait out the economic turmoil and home owners had trouble selling expensive luxury homes.

The drop in oil prices "has shaken consumer confidence in the Prairies, pushing potential home buyers to the sidelines and prompting more homeowners to put their home on the market," the Canadian Real Estate Association wrote in a new home-price forecast Friday. "This has led to a rapid shift in market balance in Alberta, and to a lesser extent, Saskatchewan."

The association predicted Alberta home sales would plunge 19.3 per cent this year and prices would drop 3.4 per cent. In Saskatchewan, the board expects sales to fall 11 per cent, while prices should drop around 1 per cent.

With files from Greg Keenan 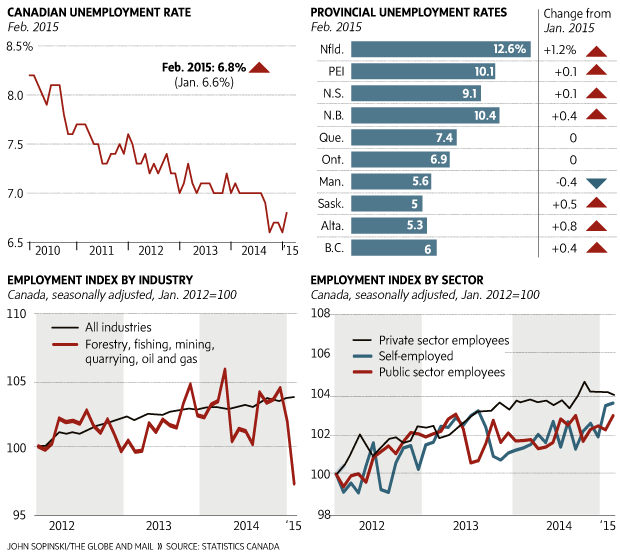 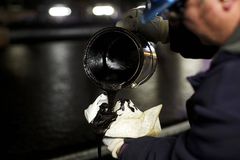 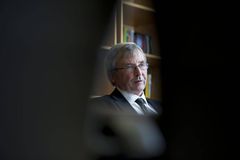 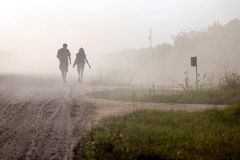