New Brunswick has an enviable jobless rate. But it's also the only province where fewer people are employed today than a decade ago. What's driving the job losses? Josh O'Kane and Matt Lundy report

On its own, New Brunswick's unemployment rate looks like a reason to celebrate. At 6.5 per cent, the unemployment rate in July was the lowest the province has seen among Statistics Canada's past four decades of modern labour force data.

But that number doesn't tell the whole truth. There's a far more revealing employment statistic in New Brunswick: It's the only province in Canada where fewer people are working today than a decade ago.

While each of the nine other provinces saw an increase in total employment since July, 2007 – Alberta, for one, has seen a gain of more than 14 per cent – New Brunswick has 2.1 per cent fewer people working. For "prime-age" workers between 25 and 54, employment is down 9.3 per cent, another Canadian worst.

To some degree, New Brunswick's challenges reflect those across Atlantic Canada. Keeping sustainable jobs, and convincing workers to stay instead of heading to greener Western pastures, has long been a struggle across the East Coast. But New Brunswick's long-term negative job growth is unique even within the region, and the underlying economic and demographic reasons for it are a warning sign for any province struggling to grow their economy and population.

The Globe spoke to a range of observers, experts and economists about the province's structural struggles and the work being done to combat them.

The unemployment rate is a simple ratio: you divide the number of unemployed people who are looking for work by the total labour force. This math, though, can mask a lot of underlying trouble.

There are 13,100 fewer people in the ranks of the unemployed-and-looking than a year ago, for instance. But they're not all suddenly working – there are actually 2,500 fewer people employed in total. That means New Brunswick's labour force has actually shrunk by 15,600 people, hardly an insignificant drop in a province of 758,000. This makes for a jobless rate that looks good, if only on the surface.

Who drove this grand disappearing act? Primarily young and prime-age people. Their populations are lower, but not enough to fully account for their shrunken labour forces. On the other hand, population and employment did climb in the 55-and-up bracket over the past year. But that, in itself, comes with problems.

"The largest challenge faced by New Brunswick is an aging population," Premier Brian Gallant says by phone. New Brunswickers' median age was 24 in 1971; today, the median age is 45, more than four years older than the national median. The spinoff of an aging population is far-reaching; beyond the implications for taxes and health care as fewer people work, the province misses out on potential productivity gains.

New Brunswick has had 25 consecutive quarters of net population outflows to other provinces. Alberta – where the average weekly earnings were 28-per-cent higher than in New Brunswick last year – has been the biggest beneficiary, welcoming a net of more than 19,000 people from the province since 2000. 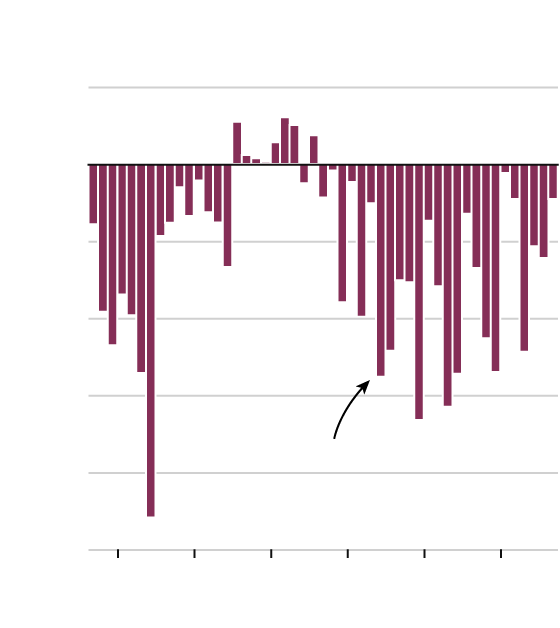 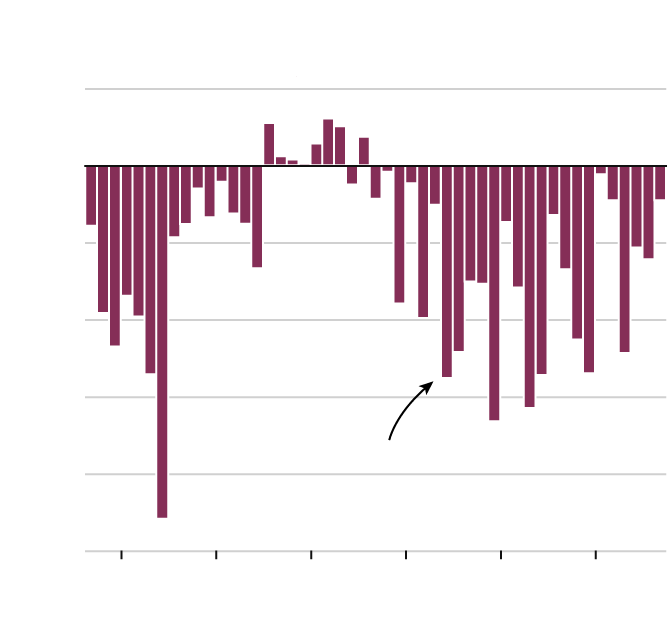 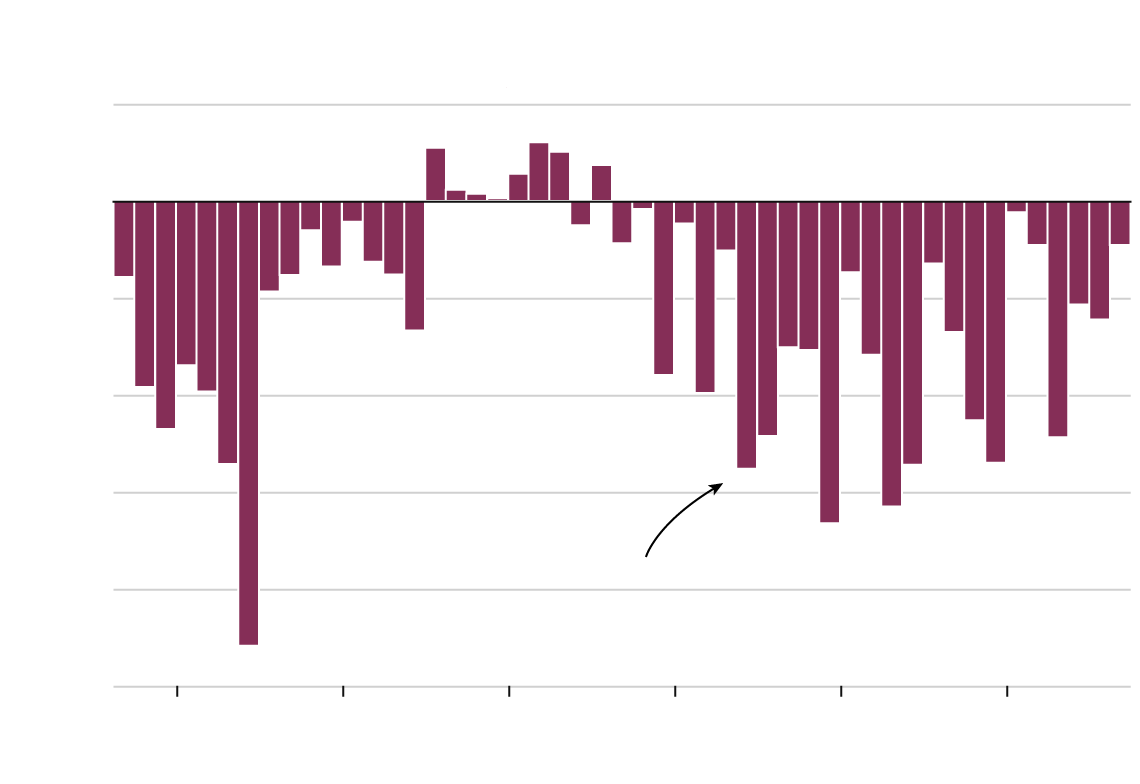 And there's one intra-Maritime trend rarely discussed outside the region, Prof. Savoie notes: many New Brunswickers move to Halifax, the closest thing to a big Canadian city a few hours from home.

People have flocked to cities around the world for centuries, and New Brunswick's cities generally have better unemployment rates than rural areas. But even the province's cities are decentralized, with three primary urban centres jockeying for talent and capital.

There's the capital of Fredericton, a university and government town with a recent taste for fast-growing startups; Saint John, home to the industrial heavyweight Irving family and planted right on the Bay of Fundy; and Moncton, the largest, thanks to an influx of Acadians to neighbouring Dieppe and its position as a hub at the centre of the Maritime provinces. The rest of New Brunswick – especially the Acadian-rich north – is filled with smaller cities and rural communities.

The lack of a single concentrated urban centre in New Brunswick, Prof. Savoie suggests, can make the province a hard sell.

"If New Brunswick were like Ontario, [more than] 80-per-cent urban, you would see private capital flowing, likely, a lot better, a lot quicker," he says. "It's the urban-rural divide. Capital is not going to muck around waiting. "

Herb Emery, the University of New Brunswick's Vaughan Chair in Regional Economics, says the province needs to think about how – and where – it wants to prioritize growth.

"There's a big emphasis on sustaining things the way they are," he says. "I come from living in Ontario, B.C. and Alberta, where the focus was the opposite – you get growth where you can get it, and if these communities can't make a go of it, then we just have to help the sunset happen."

You can't create jobs without spending money, and since the Great Recession, spending has plummeted. In 2008, private-sector capital expenditures in New Brunswick for tangible, non-residential assets amounted to $3.1-billion. This year, Statscan's survey of spending intentions suggests cap-ex will amount to $1.6-billion – almost half as much as 2008.

Megaprojects such as the construction of Saint John's Canaport LNG terminal and Emera Inc.'s connecting Brunswick Pipeline, as well as the Point Lepreau nuclear generating station refurbishment, all began winding down around then. That's about when mills in northern New Brunswick communities such as Dalhousie and Miramichi shut down, too.

Without similar projects and workplaces to replace them, the province is in a tough spot, says Fred Bergman, senior policy analyst with the Atlantic Provinces Economic Council. "You've got a combination of demographics, a recession, and big projects that played out."

In a province this small, losing a single project can have vast economic consequences. The Potash Corp. mine near Sussex shut down unexpectedly early last year, for instance, shedding 430 jobs next to a town of 5,300. Environmental concerns and public opposition, including from Indigenous communities, have slowed or stalled some newer natural-resource projects; the province has had a moratorium on hydraulic fracturing, for instance, since 2014.

While countless regions face debates over economic progress and environmental preservation, there's more hanging in the balance in small economies such as New Brunswick – especially since job creation in some rural communities often depend on developing natural resources. This can lead to hard questions about the kind of place the province wants to be.

If the province takes transfer payments from provinces that allow shale gas and oil exploration, "there's a moral issue here," Prof. Savoie says. "If they're prepared to risk it, to create economic activity, to attract capital, and we're not … how can we accept transfer payments based on that?"

Premier Gallant hopes public investment will steady the ship. His Liberal government was elected in 2014, in part with a promise to invest $150-million a year over six years on infrastructure – an economic strategy later taken by his federal colleague Justin Trudeau.

Another way to attract jobs would be to reposition New Brunswick's economy. Right now, 90 per cent of its exports of goods are headed to the U.S. – including oil products, forestry products and seafood – which puts exporters in a fragile position as the North American free-trade agreement goes through renegotiation.

Provincial and federal governments recently set a goal of raising the value of regional exports by 30 per cent – but also to increase the number of exporters selling to more than one market to 40 per cent of all exporters.

Of course, that race starts with a handicap for New Brunswick, according to a recent Atlantic Provinces Economic Council report: the province had 5 per cent fewer exporters in 2016 than 2010.

But there is another movement – similar to many regions – to push New Brunswick towards a future that's doesn't depend so much on physical products.

Gerry Pond has spent the last decade and a half nurturing New Brunswick's startup culture as chairman of tech incubator Mariner Partners Inc. He co-founded Fredericton's Q1 Labs and helped back Radian6 Technologies, both of which were acquired in 2011 in deals that totalled about a billion dollars.

The province saw 29 venture-capital deals in 2016, worth $32-million, according to the Canadian Venture Capital and Private Equity Association; in 2013, it had eight deals totalling $12-million.

Now Mariner, along with companies such as T4G Ltd. and Innovatia, have hundreds of tech employees in the province, which Mr. Pond hopes will serve to spawn more entrepreneurship.

"We're getting steady growth, so a base is being formed that we haven't had before," Mr. Pond says. "We've had the Irving base, had the McCain base, we've had other private-sector bases – mostly family companies – but we have not had a base in ICT." (The influence of family dynasties on New Brunswick's economy is a story of its own.)

Mr. Pond's bullishness comes with caveats, of course. Like other industries, it'll grow best when capital comes from elsewhere. "You have to compete with a lot of interesting places in the world to invest," he says.

The governing Liberals are keenly aware of New Brunswick's problems. "The economy growing and job creation should be the first way of getting Canadians to come to New Brunswick, New Brunswickers to stay here, and new Canadians to arrive," Premier Gallant says.

There's a lot working against his wish. New Brunswick typically takes in less than 2 per cent of Canada's new immigrants, who tend to move where there are preexisting ethnic communities and economic opportunities, which are generally in big cities.

Bringing other Canadians to New Brunswick might be a better sell – the Conference Board of Canada recently named it the top province for quality of life, though the think tank also highlighted its poverty and jobless youth.

At a grassroots level, the province is trying to improve its work force problems through education. They're pouring millions into public-school trades programs to encourage students to try skilled work. Some postsecondary students are eligible for free tuition, or in some cases tuition relief. The government is trying to attract investors and business partners too, conducting trade missions to countries such as China and South Korea.

Mr. Gallant remains optimistic, insisting, as politicians tend to do, that the problems he's facing were inherited, and that things are changing.

"We had to stop this runaway train and put it back on the rails," the Premier says. The economy has indeed improved, though the timing lines up with a gradual recovery from the recession. Real gross domestic product grew 2.1 per cent in 2015 and 1.4 per cent in 2016 – matching or beating the national rate, and marking a turnaround from the prior three years, when the province's economy retracted.

As work becomes more mobile, "people are going to be the biggest asset for any business and any industry, and they're going to be able to choose where they live," Mr. Gallant says. Now that the economic engine is springing back to life, he's hoping testimonials such as the Conference Board's will draw more attention, and eventually bodies, to his province.

Even though he knows the province struggles because it's small, that it's hard to draw capital there, and that it's hard to keep people, "I believe eventually, once we can get the word out on what's happening here in New Brunswick, we'll be able to overcome that challenge."

Josh O'Kane left New Brunswick for a job in Toronto eight years ago, and now writes for Report on Business. Matt Lundy is a Globe interactive editor who knows his way around a Statistics Canada CANSIM table.